Cowgirls Drop Heartbreaker at the Buzzer Against Northern Colorado 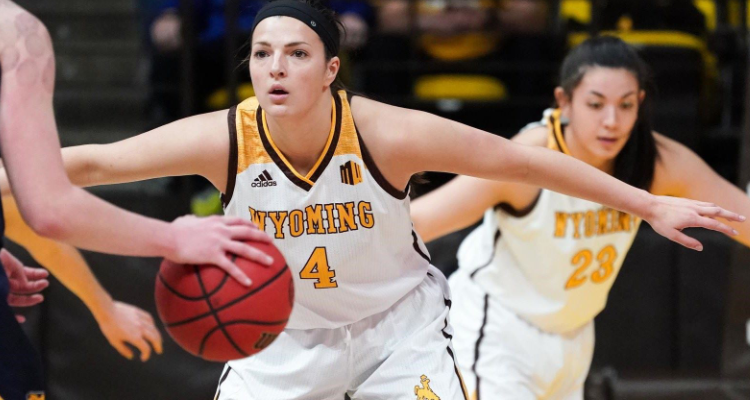 Cowgirls Drop Heartbreaker at the Buzzer Against Northern Colorado

LARAMIE, Wyo. – After sophomore Alba Sanchez Ramos drilled a three with 15 seconds to play to tie the game at 44, the Northern Colorado Bears (4-5) scored a long, turnaround jumper with just 0.6 seconds on the clock to take a hard-fought game over the Cowgirls (6-4), 46-44. Wyoming played well defensively, but struggled to make shots on Sunday afternoon.

“Defensively, we played well enough to win,” said head coach Gerald Mattinson. “I’ll look at film later, and I know we missed a few things, but you hold a Division I team to 46 points, that shows you have a little bit of gumption to get things done. We just couldn’t score. We looked like we were a little bit unsure. We missed some shots that had been going in for us, so then we started forcing some shots, and forcing for some shots.”

Wyoming was led by sophomore Tereza Vitulova, who scored 13 points and grabbed a team-high six rebounds. Vitulova reached double-figures for the eighth time this season, 13th time in her career and in the fifth game in a row. She added a pair of blocks on the game, as well.

The Bears were led by Alisha Davis, who had 14 points, nine rebounds and five blocks. Kadie Deaton had 11 points, including the game winner, two rebounds and two assists. Alexis Chapman added 10 points and five rebounds for UNC.

The Bears opened the game’s scoring with a layup, and Vitulova answered with a turning hook shot in the post before Sanchez Ramos drilled a three to give UW a 5-2 lead early in the contest. Weidemann and Erjavec added layups, and with UW on a 9-0 run, the Bears called time with 5:41 to play.

Out of the break, the Bears converted a driving layup to end the run. Sophomore Tommi Olson corralled a steal and went coast-to-coast for a layup, and Vitulova added a layup after an offensive rebound before the Bears made a layup to move the score to 13-6 for Wyoming. The Bears added a basket before the buzzer, and Wyoming held a 13-8 lead after one quarter.

Northern Colorado scored a fadeaway in the paint to start the second frame, and after another Bears score, Vitulova scored in the paint to make it 15-12 for UW. The Bears added a layup and a free throw to tie it at 15, but Vaifanua scored a layup to give UW the lead back with 4:43 to play in the half. Johnson ended a long drought for UW with a driving layup, but UNC added two free throws to keep it a two-point game, 19-17 with 2:01 to go in the first half. A Rusk three made it 22-17, but UNC scored a layup to make it 22-19 at the halftime break.

Rusk went one-of-two at the line to start the third quarter, but the Bears scored a jumper from the baseline on their first possession. Vitulova scored in the post before a pair of Bear layups made it 25-all. UNC hit a three to take its first lead of the game, 28-25, with 5:08 to play in the third quarter.

After a Bear free throw, Erjavec ended a five-minute Cowgirl drought with a layup, but UNC scored a baseline jumper to keep their lead at four points, 31-27. Vaifanua scored four straight points to tie it at 31, but a UNC 6-0 run made it 37-31 before Rusk scored a layup. After three quarter, the Cowgirls trailed 37-33.

The Bears scored a layup to start the fourth quarter, and Vitulova scored a three-point play to make it 39-36. Weidemann then converted an old-fashioned three-point play of her own to tie the game. A Vitulova turnaround shot gave UW the lead back, 41-39 with 4:47 to play in the game. The Bears added a free throw, and a layup gave UNC a one-point lead, 42-41, with 3:04 to play.