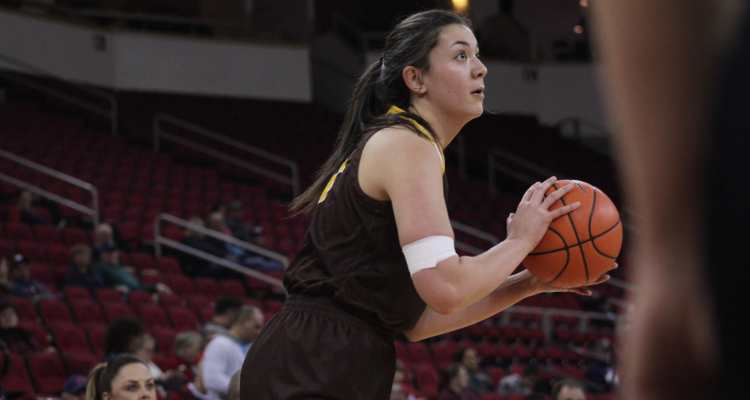 FRESNO, Calif. – The Cowgirls got caught behind early as Fresno State (14-4, 7-0 MW) rode a hot shooting night to defeat Wyoming (8-9, 4-4 MW) by a final score of 89-59. The Cowgirls were unable to hand league-leading Fresno State its first loss this year in conference play.

“They came out from minute one and just took it to us,” said head coach Gerald Mattinson. “It’s disappointing. Our effort today, it’s been a long time since I’ve been disappointed. They came out from the start like it was a big game. They had something to prove, and they came out and did it. We did not answer the bell. Definitely in the first quarter we didn’t, and later it was too hard to make up.”

Freshman Jaeden Vaifanua led the Cowgirls with both 14 points and seven rebounds. It’s her fourth game this season and second in a row reaching double-figure scoring. She shot 6-11 from the field and added an assist.

Freshman McKinley Bradshaw scored 12 points to reach double-digit scoring for the fourth time this season and second game in a row. She grabbed three rebounds and had an assist on the day.

Sophomore Quinn Weidemann scored 11 points on 4-of-8 shooting and 3-of-6 shooting from three-point range. It’s the 11th time this season she’s made multiple threes. She’s also reached double-figure scoring seven times this season and 14 times in her career. She also had an assist for the Cowgirls.

Senior Taylor Rusk scored 10 points and had six rebounds with an assist. She’s now just six points away from 1,000 career points and five assists shy of 300 for her career. She’d be just the fifth Cowgirl to reach both those milestones. It’s the seventh time this year and 45th time in her career she’s reached double-figure scoring.

The Bulldogs struck first in the second half with a layup off an offensive rebound, then scored five more. Rusk ended the run with a corner three and a layup. After a Weidemann three, the Bulldogs scored a layup to make it 40-19 with 4:17 to go in the first half. An 8-0 run put Fresno State up 48-23 before Vaifanua converted an and-one play. Rusk scored a three at the end of the shot clock, and the Bulldogs took a 50-27 lead into the locker room.

The Cowgirls scored the first four points of the third quarter, and after a pair of Bulldog free throws, Weidemann hit a three to make it 52-34. Fresno State then scored eight of the next nine points and went back up 60-35 with 4:17 to play in the quarter. Fresno State scored six, while Wyoming scored four down the stretch of the quarter, and the Bulldogs took a 66-39 lead into the fourth quarter.

Vitulova scored a layup to start the quarter, but Fresno State responded with a three from the far wing. Bradshaw and Karla Erjavec scored threes for Wyoming, but an 8-0 run for Fresno State made it 79-47 with 6:23 to play. The Cowgirls went on a 7-2 run to make it 81-54 with 3:13 to go in the game. Bradshaw added a pair of free throws, and the teams traded baskets until the Bulldogs dribbled out the 89-59 win.

The Cowgirls are back in action on Wednesday, Jan. 22, when they host San Diego State at 6:30 p.m. in the Arena-Auditorium.