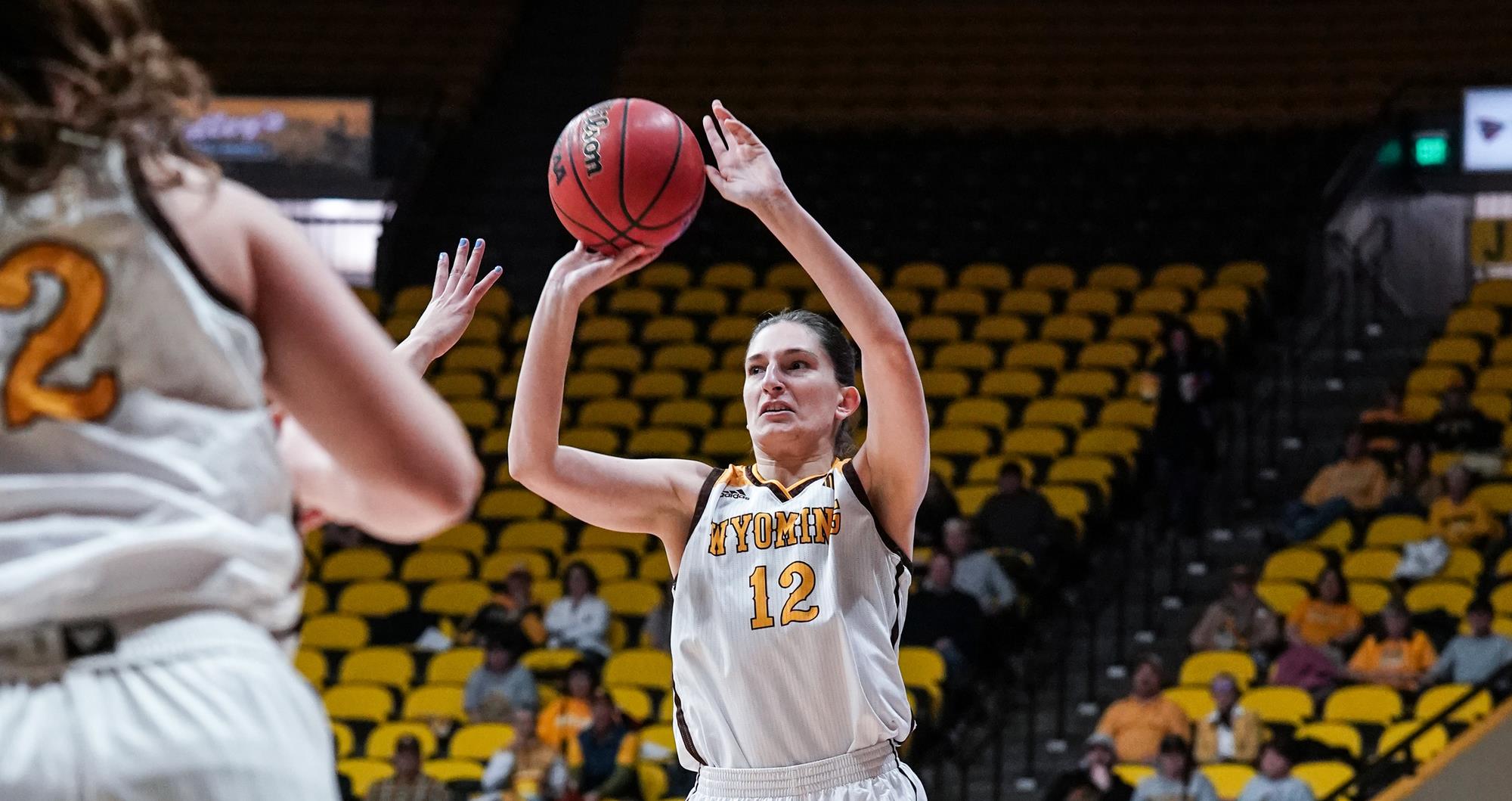 “If you give me your best effort, and we come up short on the scoreboard, I can live with that,” said head coach Joe Legerski. “You’re never happy with a loss, but as a coach, you have to understand that if your players are playing to their ability, then you’re getting the most out of them. I thought today’s game was exactly that.”

Senior Marta Gomez scored a career-high 28 points, but it wasn’t enough for the Cowgirls, who have lost back-to-back games for the first time this season. Gomez poured in a season-high six three pointers and added four rebounds, a block and a steal.

“Marta Gomez had a big game for us tonight,” Legerski said. “She did what she needed to do and really stepped up. When you look across the board, I thought we really did that. We played a team tonight that’s 14-2, very talented, and has a number of players that can score.”

Freshman Karla Erjavec scored 13 points with career highs in assists and rebounds with seven and five, respectively. Senior Bailee Cotton had her third double-double of the season with 13 points and a game-high 10 rebounds plus three steals on the defensive end. Junior Taylor Rusk rounded out UW’s double-digit scorers with 11 points to go along with a career-high-tying two blocks.

The Lobos hit a three to start the second frame, and freshman Tereza Vitulova answered with a baseline jumper. Erjavec found fellow freshman Quinn Weidemann in the corner to give UW the 22-21 lead at the 7:18 mark, and Cotton scored from the other corner on the next possession. But, the Lobos put together a 12-0 run to take a 33-25 lead, as the Cowgirls went 4:50 without any points. Erjavec ended the run with a driving layup, but the Lobos hit a three to respond. A Gomez pull-up jumper cut the deficit to 36-29 at the halftime break.

Cotton scored a layup to start the fourth period, but Robertson hit a three to retake the lead. New Mexico called time after Rusk hit a transition three. The Cowgirls used an 8-0 run to take a 66-60 lead with 5:40 remaining. The Cowgirls called timeout as NM put together a mini run to cut the lead to one, 70-69 with 2:18 left to play. Robertson hit a three for New Mexico, and UNM took the lead, 72-70 at the 1:59 mark.

After a Lobo layup, Gomez hit a three to bring the Cowgirls within one, and they fouled Nunn, who made both her shots with 17 seconds left to keep their three-point lead. Erjavec converted a layup to bring it back to one, and the Cowgirls fouled Everett, who made both free throws. Wyoming’s desperation three missed at the buzzer, and New Mexico took the win, 78-75.

The Cowgirls are back in action on Wednesday, Jan. 23, when they travel to the Bay Area to face San José State. Tipoff is scheduled for 8 p.m. (MT) for that Mountain West matchup.