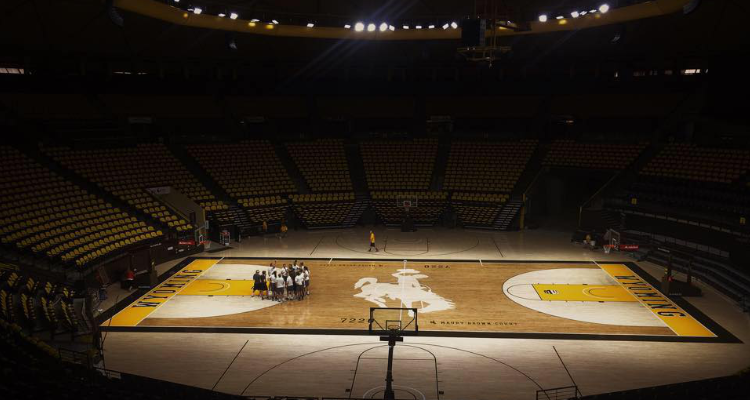 LARAMIE, Wyo. – The Wyoming Cowgirls (0-0, 0- MW) will officially open the 2019-20 season, as well as the Gerald Mattinson era, when they host Colorado Christian on Wednesday, Nov. 6, at 6:30 p.m. in the Arena-Auditorium. Mattinson can become just the fourth head coach in Cowgirl history to win the first game of their career with UW.

The game will be broadcast live on the Mountain West Network, and can be heard across the 25 stations of the Cowgirl Radio Network with Reece Monaco on play-by-play and Wyoming Hall of Famer Margie McDonald with color commentary.

A LOOK AT THE WYOMING COWGIRLS
The Cowgirls return two starters and seven letterwinners from last year’s team that went 25-9 overall with a 13-3 mark in Mountain West play. The 2018-19 Cowgirl team advanced to the quarterfinals of the Women’s National Invitation Tournament for just the second time in school history.

The two starters returning are senior Taylor Rusk and sophomore Karla Erjavec. Rusk is primed to be Wyoming’s next 1,000 point scorer, as she is just 155 points shy of the milestone. Erjavec set the program’s freshman assist record with 124 helpers last season to lead the team.

Weidemann and Vitulova are the most experienced of that group, as they played in 34 and 27 games last season, respectively. Sanchez Ramos proved to be a capable scorer in her minutes, while Pilli had a good touch from long range, and Olson averaged over a steal per game, defensively.

Wyoming also welcomes back Selale Kepenc, a redshirt junior who didn’t play last season while recovering from an injury.

The Cowgirls will have five newcomers on the roster in junior college transfers and Wyoming natives Jaye Johnson and Emily Buchanan. Additionally, a trio of freshman join the 2019-20 squad. McKinley Bradshaw and Paige Powell are both from Wyoming, while Jaeden Vaifanua is from Draper, Utah.

Head coach Gerald Mattinson is in his first year at the helm of the Cowgirls after spending the last 16 seasons as an assistant and associate head coach of Wyoming.

SCOUTING COLORADO CHRISTIAN
The Colorado Christian Cougars went 13-15 last season with an 11-11 mark in the Rocky Mountain Athletic Association. They were led offensively by departed player Jordan Baer, who scored 17.6 points and pulled down 7.2 rebounds per game. Olivia Christy is the top returning scorer, averaging 10.5 points per game a year ago. Marie Tsoungui put up 6.5 points per game last season while leading the team with 2.4 assists and 1.3 steals per contest. Defensively, Madison Price averaged 1.1 blocks per game, but is no longer on the Cougars.

Head coach Corey Laster is set to begin his fourth season at the helm of CCU, and owns a 31-51 record with the Cougars.

SERIES HISTORY AGAINST COLORADO CHRISTIAN
The Cowgirls and Cougars have only played one game against each other during the regular season, a 662-33 Cowgirl victory in 2017. The Cowgirls had 22 assists and just two turnovers, while shooting over 40 percent from the field. Then a sophomore, Taylor Rusk had 15 points, five rebounds, three assists and three steals.

UP NEXT
The Cowgirls continue a brief season-opening homestand when they host Saint Mary’s on Sunday, Nov. 10 at 1 p.m.