Cowgirls to Face Off Against Idaho on Saturday 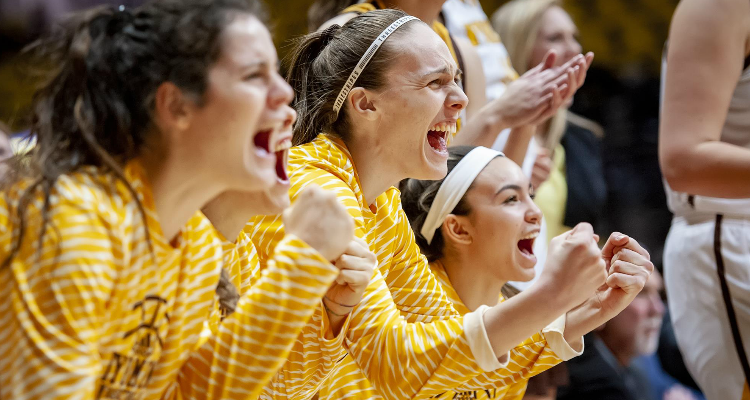 Cowgirls to Face Off Against Idaho on Saturday

LARAMIE, WY. – The Wyoming Cowgirl basketball team continues its four-game home stand when UW welcomes Idaho to the Arena-Auditorium on Saturday, Dec. 8. Tip-off is scheduled for 1:00 p.m., as part of a doubleheader with Cowboy Wrestling, who faces North Dakota State at 5:00 p.m. in the AA.

A LOOK AT THE COWGIRLS
The Cowgirls are 5-2 this season and a perfect 4-0 at home following Tuesday’s 78-74 win over Denver. The Cowgirls are led offensively by senior forward Marta Gomez who averages 16.6 points per game while shooting among the nation’s best from three-point range, 51.1 percent (23-of-45). Senior forward Bailee Cotton averages 11.0 points per contest and pulls down a team best 8.1 rebounds per game. Cotton has also taken a team-leading seven charges this season. Freshman forward Tereza Vitulova is scoring 10.3 points per contest on 57.4 percent (27-of-47) shooting from the field, doing most of her damage in the paint. Senior guard Clara Tapia is in control of the Cowgirl offense, averaging a team-best 3.7 assists per game. Defensively, freshman guard Karla Erjavec has recorded 15 steals this season, while Cotton and Vitulova lead the way with four blocks each.

Head coach Joe Legerski is in his 16th year at the helm of the Cowgirls, and he has compiled a 294-179 record as Wyoming’s head coach. He is the winningest coach in program history.

SCOUTING IDAHO
The Vandals are 3-4 on the season, most recently dropping a 69-61 game against Hawai’i on the Islands. Idaho is led offensively by Mikayla Ferenz, who leads the team in both scoring (23.0) and assists per game (3.7). Ferenz also averages 6.4 rebounds per contest, which is second on the team behind Natalie Klinker, who pulls down 7.6 boards per game while chipping in 6.4 points. Taylor Pierce is the other Vandal averaging double-digit points per game, scoring 15.3 each night. Gina Marxen makes her presence felt on both sides of the court by scoring 6.7 points with 2.6 assist, while also leading the team with five steals on the season. Isabelle Hadden is the team’s rim protector with seven blocks on the season.

SERIES HISTORY AGAINST IDAHO
The Cowgirls and Vandals have meet 13 times on the hardwood, with Wyoming holding a slight 7-6 lead in the series. The teams have met each other in each of the last nine seasons, with the Cowgirls going 5-4 in that span. However, the Vandals have won three of the last four, as Wyoming snapped a three-game losing skid with a 70-64 road win last season.