Custer Cleans Up After Heavy Rain, Flood Shut Down City 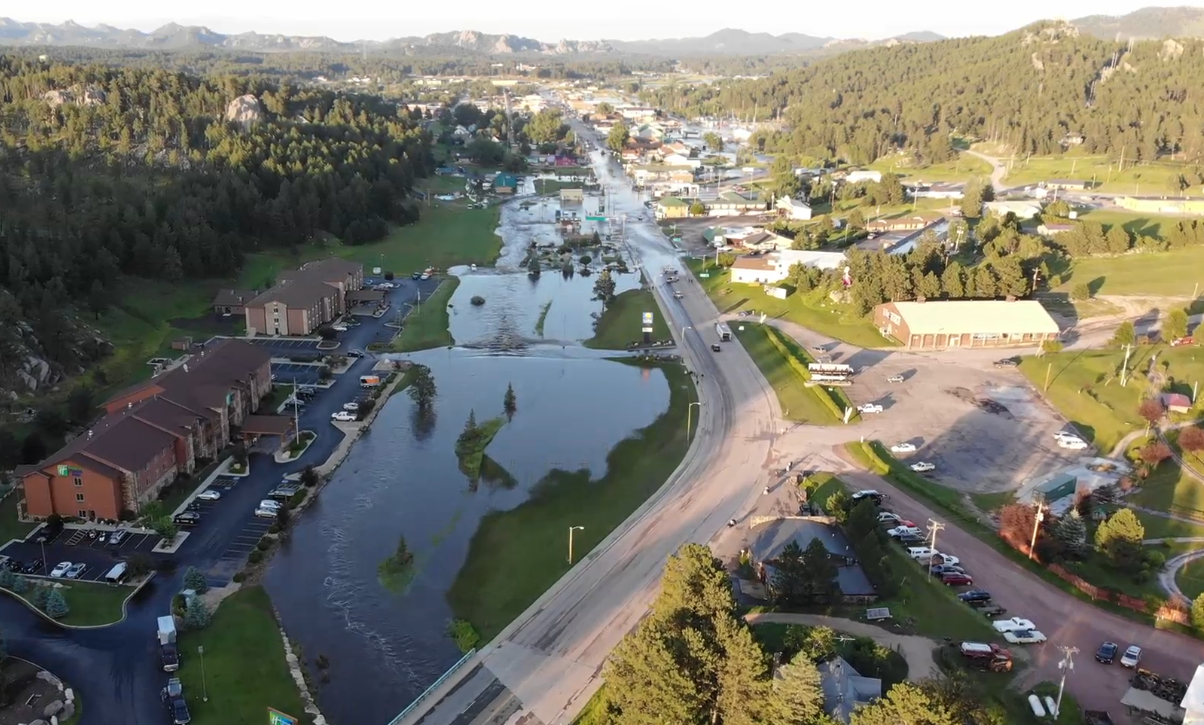 Custer Cleans Up After Heavy Rain, Flood Shut Down City

CUSTER, SD. (AP) — Residents of Custer are cleaning up after what an emergency services official calls a hundred-year flood that shut down the southwestern South Dakota city.

Custer County emergency services director Mike Carter says he closed the city of Custer until late Friday night, not letting anyone in or out. Carter estimates the town’s population of nearly 2,000 swelled to more than 7,500 with the annual Sturgis motorcycle rally nearby.

About 700 residents lost electricity, but power is back. Carter says at least a dozen people had to be rescued from the water, but no one was hurt.