Deadwood Gives Nod to Wild West Past With Brothel Museum 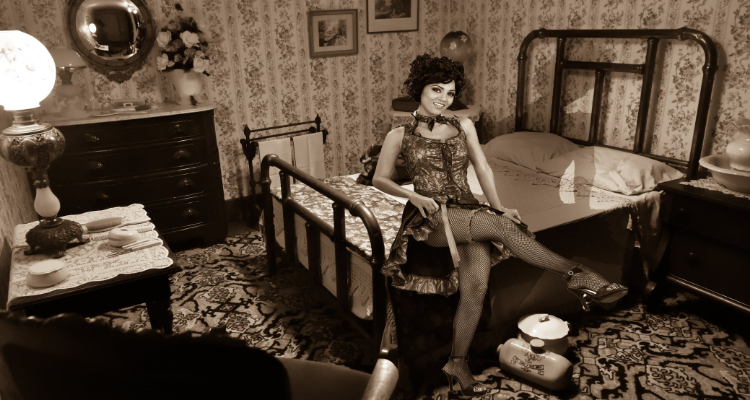 Deadwood Gives Nod to Wild West Past With Brothel Museum

DEADWOOD, SD. (AP) — The Old West city of Deadwood is planning to acknowledge its past by opening a brothel museum.

Deadwood History Inc., a nonprofit that oversees two museums, is working with a local property owner to renovate one of the former bordellos that was once known as the Shasta Room.

The group is finishing up construction, displaying exhibits and training employees in the hopes of launching the brothel museum next spring, the Argus Leader reported.

Carolyn Weber, Dakota History’s executive director, said the group had to determine whether a brothel museum was something the community wanted, or whether the legacy of prostitution should be forgotten.

But support for the museum was widespread and the staff spent a considerable amount of time researching the details to ensure the museum correctly depicts life in the brothels, she said.

People aren’t surprised that prostitution was prevalent in Deadwood’s early Wild West days, but they have been shocked to learn that as many as eight women per brothel worked into the 1980s.

State and local authorities raided the Deadwood brothels in the 1950s, but the brothels continued operating until 1980 when federal authorities raided four buildings that housed the worst-kept secret in the Black Hills. Sixteen women were arrested and charged with practicing prostitution. Deadwood never officially permitted prostitution, but it had been tolerated and embraced since the city’s founding 100 years earlier.

A judge ordered the brothels closed.

“When it went away in 1980, the hunters were devastated,” Weber said. “They used to come out here and barely hunt, and barely kill deer, but they were out here. They were like, ‘What, there’s no brothels anymore?'”
___
Information from: Argus Leader, http://www.argusleader.com