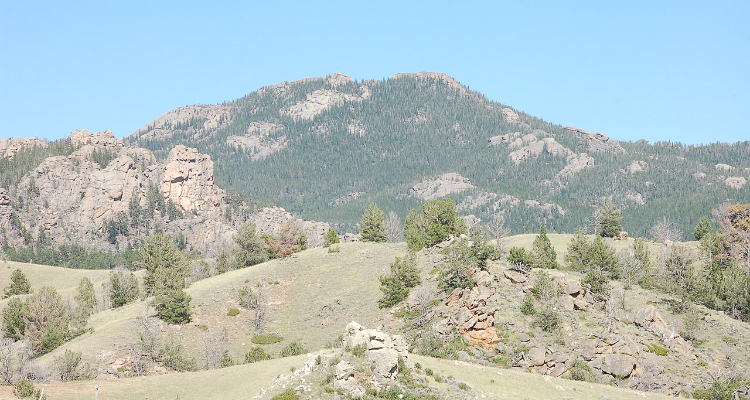 The Wyoming State Geological Survey (WSGS) is participating in the Earth MRI program through a study of the central part of the Laramie Mountains in southeast Wyoming. The emphasis of the project is mapping the King Mountain and Ragged Top Mountain 7.5-minute quadrangles in Albany and Laramie counties. These quadrangles are part of the larger central Laramie Range study area.

This two-year project will focus primarily on geologic mapping and geochemical analyses, cumulating in the publication of two maps and a geodatabase of geochemical results.

This is also a collaborative project with several members of the University of Wyoming’s Department of Geology and Geophysics: Dr. Ron Frost, emeritus professor, who mapped much of the Laramie Range over the past several decades; Dr. Simone Runyon, assistant professor and economic geologist; and Janet Dewey, associate research scientist and analytical geochemist.