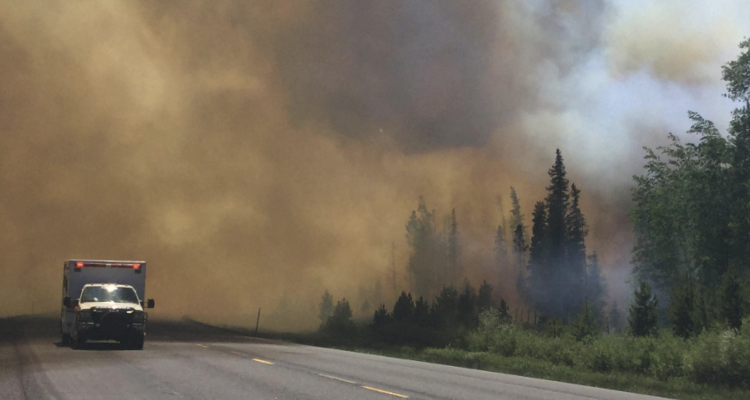 Laramie, WY.     –  The Badger Creek Fire remained active on Thursday. The fire has grown to 14,960 acres with no containment. On Thursday, crews and dozers continued to make progress building fire line on the west and south edge of the fire. On the northern edge of the fire along Hwy 230, crews built fire line along the road. During the night firefighters took advantage of cooler temperatures and lighter winds to secure that line by backfiring between the fire’s edge and the line secured along Hwy 230. Helicopters were used on Thursday to assist firefighters on the ground with water drops to cool hot spots. Firefighters continued to work in and around communities on Thursday, assisted by helicopters providing water drops. There was no new structure damage reported.

On Friday, crews and dozers will continue to strengthen and build line on the south, west and north portions of the fire. On the east side of the fire, the fire is transitioning from dense timber into grass and sage. Fire intensity is expected to decrease in the lighter fuels; however, access for firefighters is limited because of the steep terrain and fire weakened trees along the roads into these areas. Crews will continue to protect structures and other values at risk on Friday. On the west side of the fire, crews are addressing hot spots within the communities. To the east, crews are mitigating the threat of fire to communities and other values where the fire has not yet reached.

A public meeting is scheduled for Saturday, June 16 at 2:00 p.m. Fire officials will provide updates about the ongoing suppression efforts and respond to questions and concerns from the audience. The meeting will be held at the Albany County Fairgrounds.

An emergency closure in place on the Medicine Bow-Routt National Forest, Laramie Ranger District to ensure the protection of the public and fire personnel during operations for the Badger Creek Fire. The closure order was updated on June 14, 2018, and will remain in effect until rescinded.

Evacuation orders remain in place for the communities of Foxpark, Mountain Home, Wold Tract, Wyocolo, Gramm, Beehive, Miller Lake, and the areas along Highway 10 from Woods Landing south to the Colorado state line. This includes Woods Landing, New Jelm, and Jelm. The community of Foxborough remains under a pre-evacuation order.

Specialized aircraft will be using Lake Hattie to scoop water to assist with the firefighting efforts. As a result, boating on Lake Hattie is prohibited. Anglers can continue fishing from the shore.

Albany County requests those who have been evacuated to email ema@co.albany.wy.us with accurate contact information.

The cause of the Badger Creek Fire is under investigation. The public is asked to call 307-745-2392 (select option 5, and leave a detailed message) with any information on activity they may have seen near Forest Service Roads 501 and 544D in the area of the Mountain Home OHV Trail system on the afternoon of Sunday, June 10.