Feb. 8th was the 125th Anniversary of Wyoming’s Great Seal 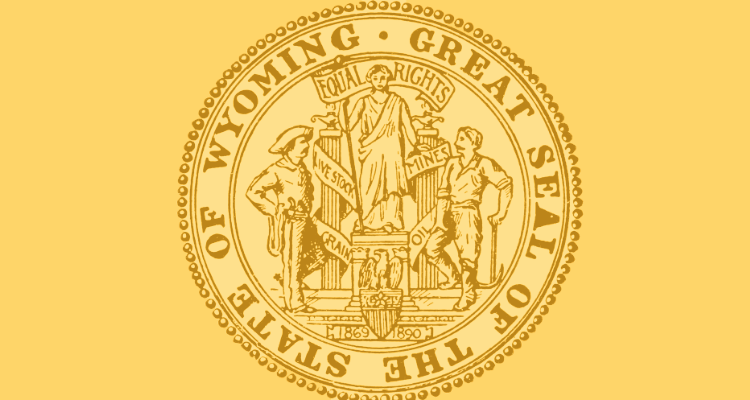 Feb. 8th was the 125th Anniversary of Wyoming’s Great Seal

The Secretary of State is the custodian of the Great Seal under the Wyoming Constitution. The Great Seal
is used to represent the sovereign authority of the State of Wyoming. The Seal’s design includes a woman in the center holding a banner proclaiming ‘Equal Rights,’ symbolizing Wyoming as the first government to grant to women the right to vote and to hold office. On top of the pillars rest lamps from which burn the Light of Knowledge and scrolls encircling the two pillars bear the words ‘Oil,’ ‘Mines,’ ‘Livestock’ and ‘Grain.’

As part of the Anniversary, Wyoming students will have the opportunity to learn more about this important
part of Wyoming history and compete in the Great Seal Art Competition, which began earlier this week.
Competition details have been sent out to grade school teachers across Wyoming. All Wyoming students
are welcome to participate. Winners will be announced in conjunction with Wyoming History Day on April
9th. Rules, instructions, and lessons for the Great Seal Art Competition, as well as a growing archive of
historical documents on the Great Seal, may be found on the Secretary of State’s website at:
http://soswy.state.wy.us/Services/GreatSeal.aspx