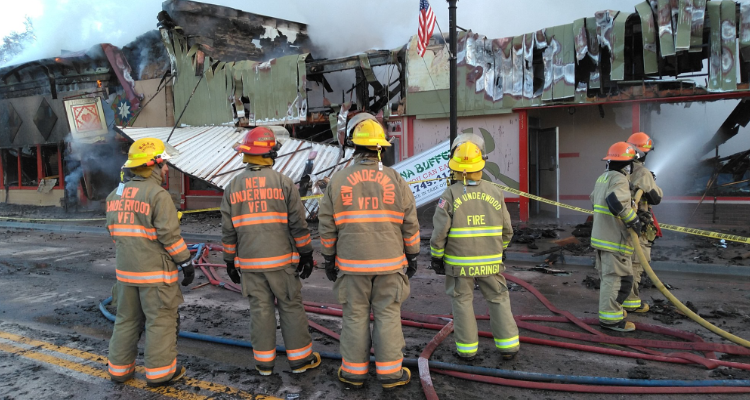 HOT SPRINGS, S.D. (AP) — Four downtown businesses in a small southwestern South Dakota community have been lost in a fire.

No other businesses were threatened and no injuries were reported, Maynard said Tuesday

Officials said the fire began in the Vault restaurant about 8:30 p.m. Firefighters from area communities provided mutual aid and kept the fire from spreading further and igniting propane tanks in the rear of the businesses.

Kotti says some apartments attached to the quilt shop also burned. The businesses with sandstone facades are in the city’s historic district.

“I did talk to one of the business owners and he plans to rebuild. I think that epitomizes the way we want to face this,” Kotti said.