Fire engine hit by car on I-80 in southwest Wyoming 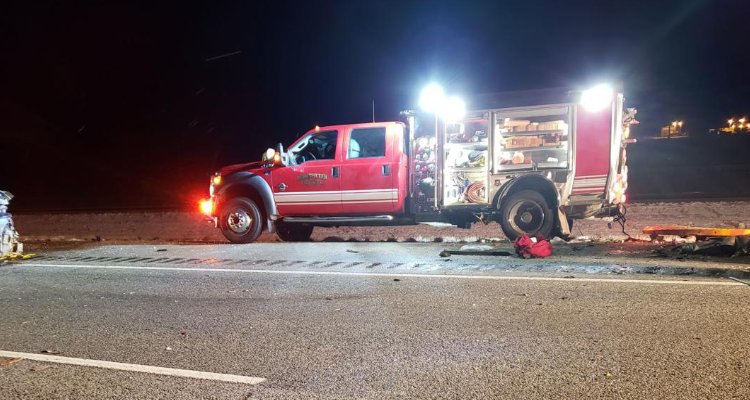 Fire engine hit by car on I-80 in southwest Wyoming

WAMSUTTER, Wyo. (AP) — A crew of volunteer firefighters survived after a car struck their fire engine while they were working on another accident in southwest Wyoming.

The Rock Springs Rocket Miner reports that four firefighters were treated and released for injuries they sustained in the incident about 8:30 p.m. Wednesday on Interstate 80 near Wamsutter.

A Wamsutter Volunteer Fire Department press release says firefighters were finishing up after responding to a single-vehicle rollover in which the driver had escaped with minor injuries.

A westbound Ford Mustang slid off the road at highway speeds and rear-ended the unoccupied fire engine, trapping the car’s driver.

The firefighters, including the four who were injured, worked to extricate and provide medical aid to the driver, who was flown to Salt Lake City for treatment for unspecified injuries.