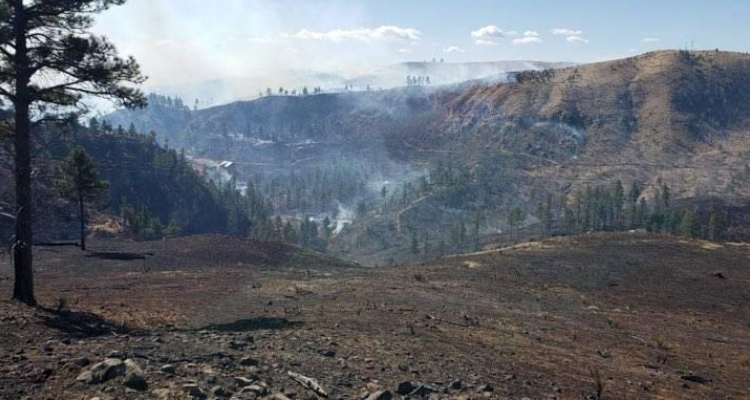 RAPID CITY, S.D. (AP) — Firefighters continue to make progress on containing wildfires in the Black Hills of South Dakota that earlier forced the evacuation of more than 400 homes. By Friday fire crews increased containment of the largest fire near Schroeder Road in the Nemo area to 86%. The Schroeder Road fire has burned 2,224 acres. Officials say the fire has crossed into two neighborhoods near Rapid City. At least one home has been destroyed, as well as several other structures. No injuries have been reported. Two smaller blazes were burning southwest of Rapid City near Keystone, but have since reached 100 percent containment. Mount Rushmore National Memorial reopened to visitors at 5:00 a.m. on Thursday morning April 1. State Road 244 east and west entrances will reopened at midnight on March 31st.