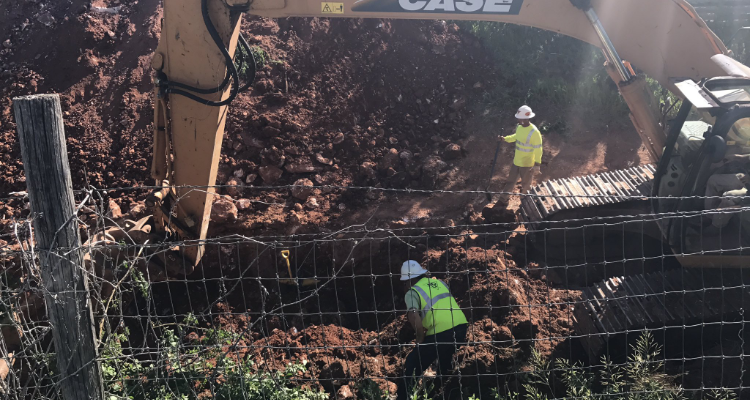 Rapid City, SD.   –   A gas leak in the 3400 block of Sturgis Road in Rapid City prompted an evacuation of businesses and homes on Tuesday afternoon. A 4″ gas line had ruptured in the area across from the old Family Thrift Express location. Businesses on Sturgis Road between W. Main Street and W. Chicago Street were evacuated, along with residences along W. St. Louis Street between Lime Creek and W. Omaha Street. Reports state that drivers were also asked to avoid the area. The Rapid City Fire Department and Montana Dakota Utilities were on scene and the line was clamped and repaired with no injuries reported.