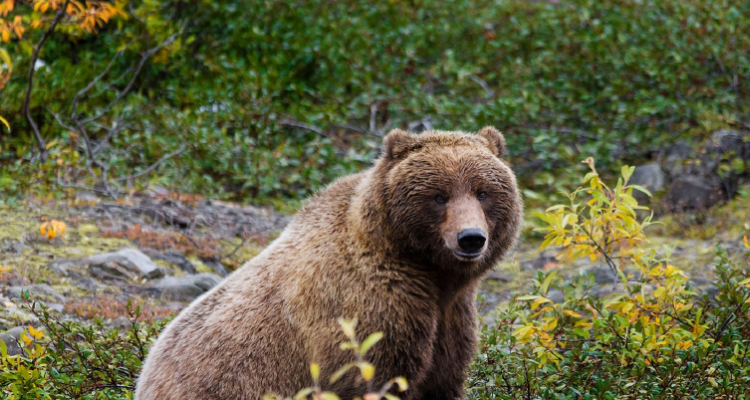 CODY, WY. – Wildlife managers in Wyoming are investigating the shooting of a grizzly bear by a hunting guide as the animals become more active searching for food before the harsh winter sets in and as more bears are roaming the landscape.

The bear was shot Tuesday in the upper South Fork of the Shoshone River after charging three guides and their horses, according to Park County commissioner and outfitter Lee Livingston.

The guides were hauling a dead elk out of the backcountry during a guided hunt, Livingston told the Cody Enterprise.

Game and Fish officials said the incident is being investigated in cooperation with the U.S. Fish and Wildlife Service. They have not released the name of the guide who shot the bear.

Livingston said it appeared the bear was headed toward the horses carrying the elk when one of the guides shot it.

“That type of behavior is indicative of hungry bears,” Livingston said.

On Sept. 14, a hunting guide died in a bear attack after he and a client went to cut up an elk that they had hunted in a wilderness area east of Grand Teton National Park. The client suffered non-life-threatening injuries.

The sow involved was later shot by wildlife managers after it charged them, and its cub was captured and euthanized.

In addition, there are more bears roaming the Wyoming landscape as their numbers continue to grow, Nesvik said.

The result is more conflicts between bears and humans over the past decade, he said.

“We have ups and downs each year, and this last week has been bad,” Nesvik said.

There have been recent reports of three or four bears around a corn maze in Clark in northern Wyoming, and three others roaming a neighborhood in the tiny community of Wapiti located between Cody and Yellowstone National Park.

A sow with cubs in the area caused the owners of the corn maze in Clark to close for the weekend.

“The main reason to be cautious was we didn’t want to mess with a sow and cubs,” maze owner Bridget Gallagher said.

A federal judge in Montana last week restored federal protections for grizzly bears in and around Yellowstone after they had been returned earlier to state management.