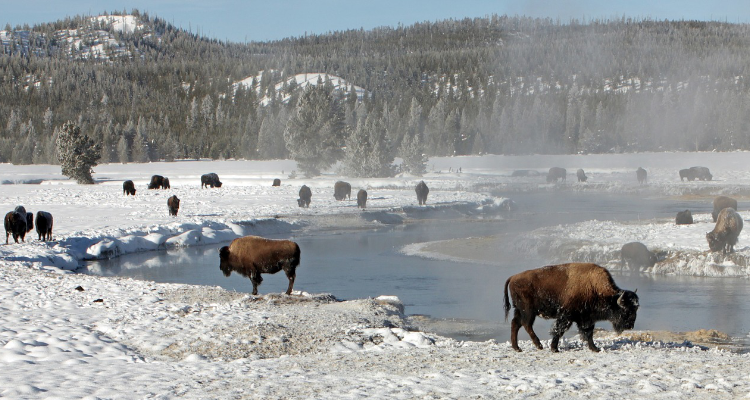 BILLINGS, MT. (AP) — Officials from two conservation groups have said they are working to raise $500,000 to fund modification and construction of quarantine pens near Yellowstone National Park so more bison can be transferred to tribes and avoid slaughter.

The Billings Gazette reported that the park’s fundraising branch, Yellowstone Forever and the Greater Yellowstone Coalition each pledged to raise $250,000. Both groups are more than halfway to their goals.

The Park Service is expected to provide another $500,000 to fund the project.

Officials say the money will pay for fencing to divide an existing pen in half and build two new pens, helping to quarantine the animals to prevent the spread of brucellosis, which can cause abortion in animals.