Helping kids be critical media consumers, who understand and process what they are watching 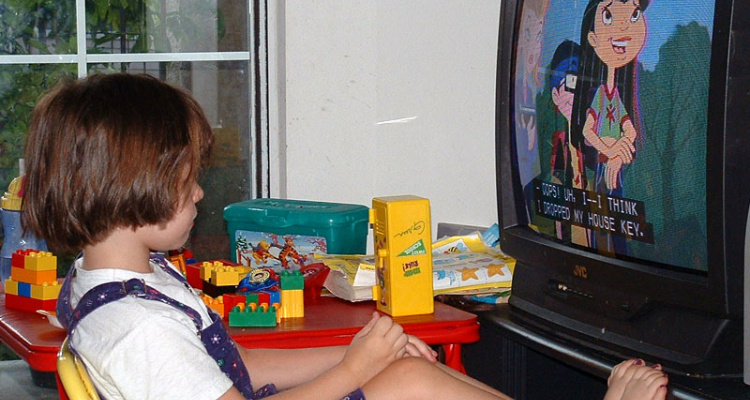 Helping kids be critical media consumers, who understand and process what they are watching

NATIONWIDE | Eric Galatas, (Public News Service) – Kids across the nation are facing more social isolation during the coronavirus pandemic, which means they’re spending more time in front of screens than real-life interactions with children their own age.

A new study shows that sexualized images of girls on television, video games and social media can have serious impacts.

Christia Speers Brown, professor of developmental psychology at the University of Kentucky and the report’s author, said girls lose motivation in academic achievement, and their self-confidence drops.

“The more they buy into this ‘sexualized girls, who I want to be, that’s the way to become popular and have some status,’ the more they think of themselves as not as smart, the more they do things like not raise their hand in class even when they know the answers,” Speers Brown said.

Sexualized depictions of girls and women are prevalent in nearly all forms of mainstream media, including magazines, video games, music videos, television shows, and movies. A 2017 study published in Pediatrics reported that sexually objectifying portrayals of women appear in 52% of all magazine advertisements and 59% of music videos.

Speers Brown said most female characters in popular TV shows wear revealing outfits, flirt with boys and are not portrayed as very smart, and added sexualized images also tell boys that objectifying women, and even sexual harassment is OK. Similar media critiques have been dismissed by some who argue that kids understand that they are watching entertainment.

Speers Brown said whether children are four years old or 14, everything is educational, because what they see teaches them what the world is like and what people expect of them.

“There’s no such thing as educational programming versus entertainment programming for kids,” Brown said. “Everything is educational when you’re trying to figure out what the world is and your place in the world. And so we have to be mindful of, what is it teaching kids?”

Instead of trying to censor or limit what children can watch, she said the most effective strategy for parents is to sit down and talk with their kids, and teach them to be critical consumers of media.

“To talk about why are they seeing the images that they’re seeing,” Brown suggested. “To kind of point them out, so for parents to be pro-active and to say, ‘Wow, what’s this girl wearing? Why do you think she’s wearing that? Why do you think she’s acting this way? What does it mean for you? What does it mean for the girls that you’re friends with?'”

A briefing paper written by Christia Spears Brown, which covers more specific details from the study can be read here.