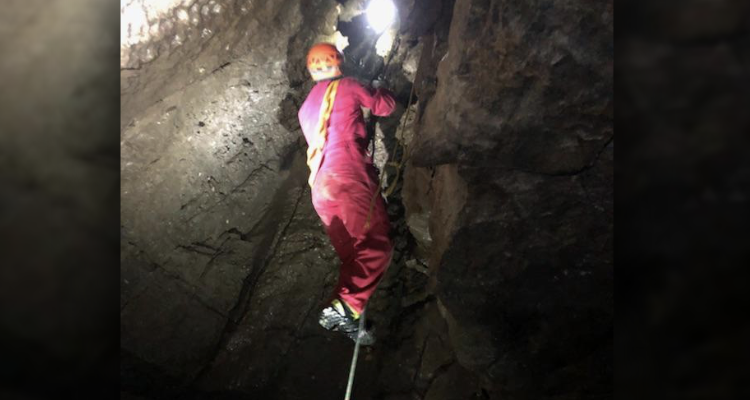 Teton County, WY.   –   Rescuers have recovered a man and woman lost inside a maze-like ice cave in Wyoming. The pair from Idaho Falls had been in the Darby Canyon Ice Cave for close to two days and were suffering from hypothermia at the time of rescue.

Teton County Search and Rescue received the call about the missing spelunkers on Sunday morning. The 27-year-old man and his 24-year-old wife had left Idaho Falls at 7 a.m. Saturday to explore caves, authorities were alerted by family members when they didn’t return by home by 7:30 a.m. the next morning.

The rescuers searched for the couple finding no sign of them, so they prepared for a through-rescue, based on knowledge from previous cave rescues in the area.

Around eight hours after the search first began, rescue teams searching the cave system smelled smoke, leading them to the couple.

It took a climber close to 45 minutes to reach the couple, who had burned their backpacks and gear to try and keep warm. The woman had fallen, and the man had a previous knee injury, which kept them from moving. They exited the cave to safety at around 11 p.m. Sunday.

The cave system is un-mapped and only experienced spelunkers are encouraged to enter according to authorities.