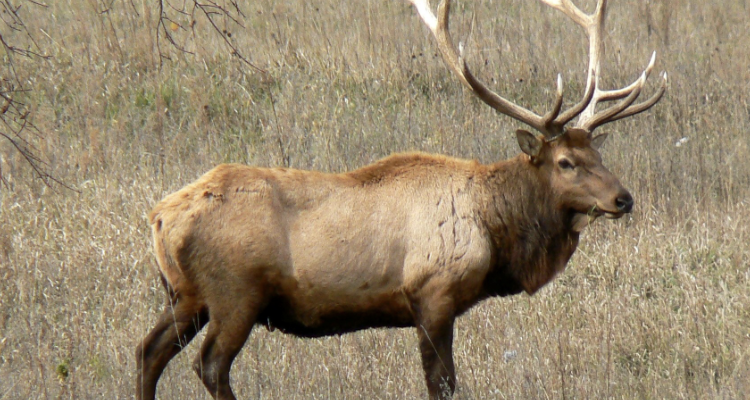 Cheyenne, WY. | Sara DiRienzo, WGFD    –    A Wyoming elk hunt remains one of the most sought-after opportunities in the West, and the Wyoming Game and Fish Department saw another increase in non-resident applications for the 2018 season. Non-residents submitted 23,080 full-price elk applications for the 7,250 total licenses allocated by Wyoming state law. The number of applications is a 10 percent increase from 2016.

“The hunting opportunities in Wyoming are some of the most valued in the world. We’re excited to host hunters in the fall and thank non-residents for their support of Wyoming’s wildlife conservation because they provide the bulk of revenue from license sales,” Scott Talbott said, Wyoming Game and Fish director. “The increase in applications also shows how valuable a resource elk hunting is to Wyoming residents. They continue to get 84 percent of all full-price elk licenses.”

Elk was one of the first hunting applications since license fees were increased. In 2017, the Wyoming Legislature was making cuts to almost all of government and withdrew all general funding for the department, but approved a license fee increase to offset that reduction to maintain current services. Jennifer Doering, Game and Fish license section manager said this increase didn’t stifle applications.

“We saw almost a 1 percent increase this year in applications for full-priced elk; the bull or any elk license. These applications primarily came from hunters who had preference points and were invested in a Wyoming elk hunt,” Doering said.

But, more applications does not mean more revenue for Game and Fish. Because of the costs related to credit card processing for both applications and refunds, Game and Fish pays $1.8 million dollars a year from its general operating fund for all the draws. These costs are not covered by the application fee, which goes to help pay for wildlife damages, and is barely offset by interest collected; only $220,000 last fiscal year.

“This is an issue the Wyoming Game and Fish Commission is interested in addressing to be able to reduce administrative costs and to allocate more resources to support wildlife,” said Greg Phipps, the new Game and Fish chief of the fiscal division. “There are several options that could help reduce these costs that will be discussed over the coming months.”