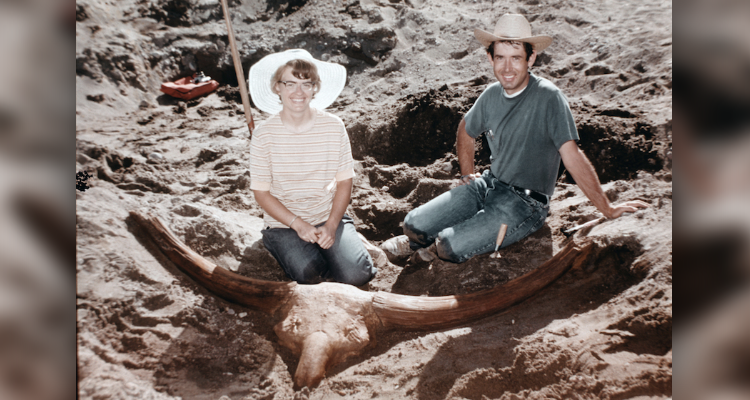 The giant bison skull is part of a partial skeleton that is housed at the ISU Idaho Museum of Natural History and will be transported to South Dakota. The skeleton is a male and is nicknamed “Howie” after Howard Emry, who found the specimen in 1975. The skeleton was excavated in 1975 by Emry, who is an amateur paleontologist who volunteered with the museum for more than 20 years.

The giant bison will be on display in South Dakota for a minimum of 10 years. This specimen and others in the IMNH collections have been used by national and international researchers to answer and capture new information, such as DNA analysis.

“Our museum’s tagline is Discovering Idaho, One Story at a Time,” said Mary Thompson, senior collections manager at the Museum of Natural History. “By lending this specimen to South Dakota, we can tell the story about what Idaho and North America were like 20,000 to 200,000 years ago.”

Transportation of the specimen will be done by Jim Mead and Presston Gabel from Mammoth Site.