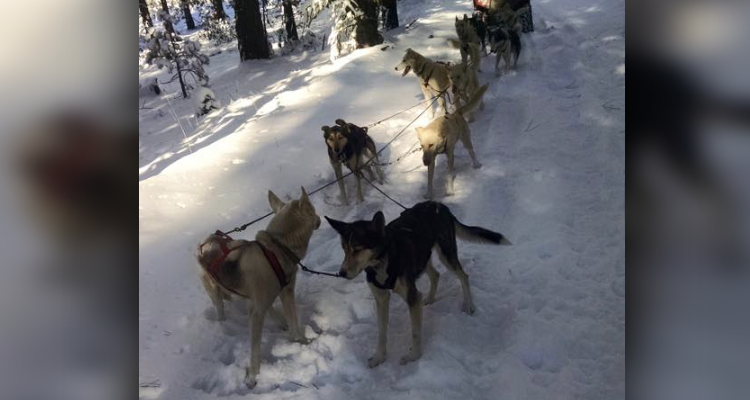 Jackson, WY. –  The Town of Jackson Public Works department will begin construction of the racecourse for the Pedigree Stage Stop Sled Dog Race on town streets starting Friday morning, January 26. Race festivities are set to begin at the Town Square at 5:00 p.m. on Friday, January 26 with the dog sled race officially kicking off at 6:30 p.m.

The Streets Division may haul in snow to supplement existing snow on roadways, and Streets Manager, Sam Jewison, is asking for the public’s patience as the race course is set up. He says that slight delays, detours and minimal noise should be expected as crews prepare for the race.

The race will run from January 26th through February 3rd. 2018 will mark the 23rd year that the race has been run.

The Pedigree Stage Stop Sled Dog Race is the largest sled dog race in the lower 48 states and is the only race of its kind traveling through four states, including stage stops in Alpine, Big Piney, Pinedale, Lander, Kemmerer, in Wyoming and in Driggs, Idaho, before finishing in Teton County, Wyoming.

The race is set up similar to the Tour de France, the race stops in a different town each night.

The race first launched in 1996, in an effort to showcase the state of Wyoming and to make sled dog racing more accessible to the public. The race is also used to spotlight childhood immunizations and local animal shelters. Each year the race makes contributions to programs in communities along the race route.

For more information on the sled dog race visit: www.wyomingstagestop.org.