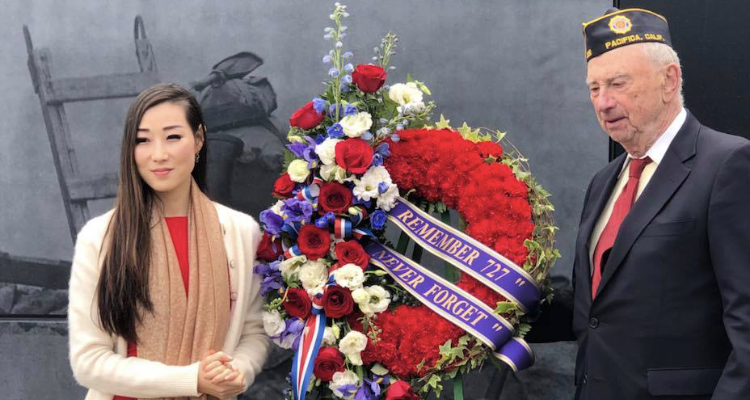 Kim set out on a three-month journey, beginning on April 27 to visit Korean War memorials in all 50 states, in an effort to to honor and remember the thousands of veterans who served in the often forgotten Korean War, which took place more than 60 years ago.  Her goal is to get the names of nearly 37,000 Americans who died during the Korean War inscribed on the wall for posterity.

Prior to her trip, Kim established the Remember727 organization in 2008, lobbied Congress to pass the Wall of Remembrance Act in 2016, and helped to get July 27, officially designated as National Korean War Veterans Armistice Day. She later worked for Congressman Charles B. Rangel, a decorated Korean War Veteran, as his communication director and later as his chief of staff.

Hannah hopes her multi-state journey will serve to both raise awareness of the Wall of Remembrance and promote peace on the Korean Peninsula.

You can visit her organization’s website at Remember727.org or follow her 50-state war memorial journey on Faccebook @Remember727

As Memorial Day approaches, please take time to remember and honor those who gave the ultimate sacrifice, who died in service to our country, affording us the freedoms and opportunities we possess today.