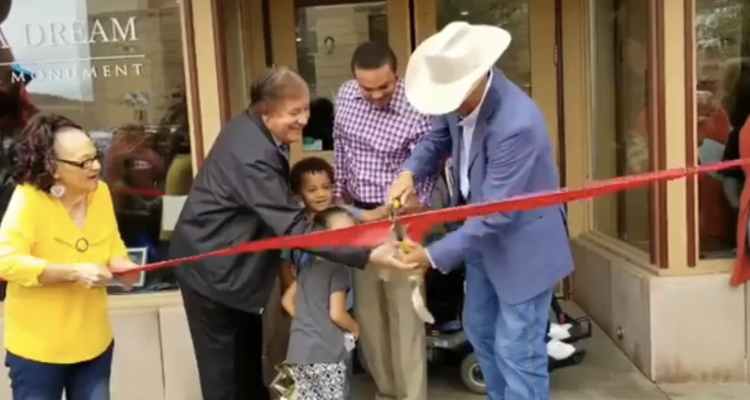 RAPID CITY, SD. (AP)     –     A South Dakota man who grew up on the Pine Ridge Indian Reservation has opened a Lakota museum in Rapid City.

23-year-old Adonis Saltes opened the Lakota Dream Museum and Monument on Saturday, September 15th after more than a year of planning and curating artifacts of cultural importance for the Lakota people.

Saltes says he believes it’s the only museum that is “from the people.”

A press release states that “Lakota Dream Museum and Monument will be the home of the priceless artifacts preserving the true history of the Lakota people, while serving as a center where Lakota people can reclaim their stories, their heritage, and envision a brighter future for the Lakota people.”

The museum will feature paintings from imprisoned American Indian Movement member Leonard Peltier, text murals of the Treaty of Fort Laramie and Wounded Knee and a taxidermied white buffalo calf.

The current location of the museum may be temporary, as Saltes and the museum’s board of directors have sought funding for a more permanent location in the Black Hills. They hope to break ground on construction of a permanent museum by 2020, with the development of the monument to follow.

Both now and in the future, the museum will showcase and preserve artifacts that are already in possession of the Lakota Sioux tribes and those that are going through the repatriation process.