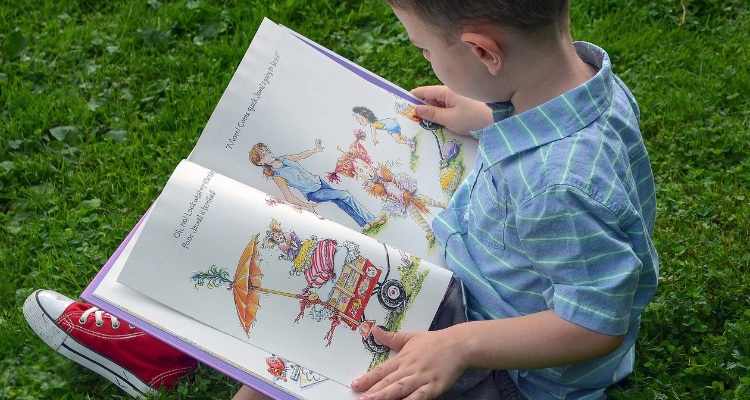 WYOMING   –   Wyoming Reads was recently awarded a 2020 State Literacy Award from the Library of Congress. The Library of Congress State Literacy Awards Program recognizes organizations or programs that have made outstanding contributions to promoting literacy and/or reading in a state or local community. The organization was one of only ten selected nationally. It will receive an award of $2,225 to put towards literacy efforts for the state’s first-graders.

Wyoming Reads was nominated for the award by the Wyoming State Library through its Wyoming Center for the Book program. In its nomination letter, the WSL wrote, “To our knowledge, it’s the only privately-funded, statewide literacy celebration of its kind. Every year, photos of kids joyously showing off their new books show how much Wyoming Reads has done to build excitement around reading and promote literacy.”

Each year, Wyoming Reads gives every first-grade child in Wyoming a personalized, hardcover book they selected themselves to keep, read, and cherish. The books are presented at celebrations across the state. This event began in 1996 when John Jorgensen, in honor of his late wife, created the Sue Jorgensen Library Foundation to benefit libraries and advance the cause of childhood literacy in Wyoming. Wyoming Reads began as a local event — Casper Cares, Casper Reads — in 1999, and it expanded statewide in 2006. Wyoming Reads has been commended by the American Association of School Librarians, and John Jorgensen received a Meritorious Service Award from the Wyoming Library Association in 2006 for the program.

This year’s Wyoming Reads Day had been scheduled for May 12, but it has been postponed until fall due to the current public health crisis. Organizers statewide will work with their partners to ensure that this year’s class of first-grade students get the books they selected.