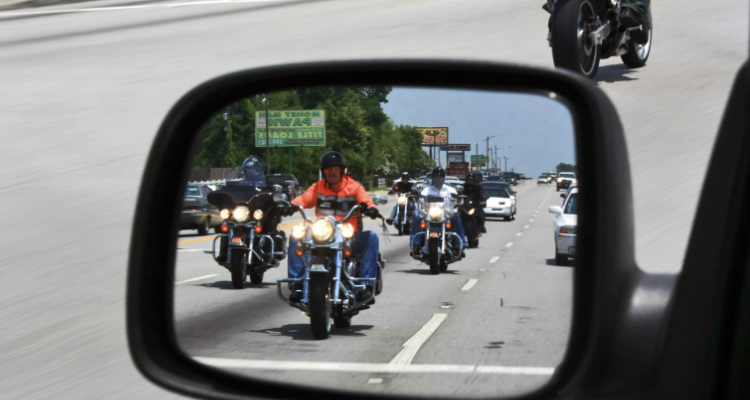 Cheyenne, WY.    –    Motorists and motorcyclists need to be on the lookout for each other to help reduce the number of motorcycle fatalities in Wyoming.

Wyoming averages about 18 motorcycle fatalities a year when looking at data over five years. Wyoming had the most fatalities in 2015 with 23 and the least fatalities in 2013 with nine, information from the Wyoming Department of Transportation’s Highway Safety Office indicated. In 2017, there were 17 fatalities.

Nationally, motorcyclist fatalities increased in 2016 by 5 percent (5,286 fatalities), the largest number of fatalities since 2008, information from the National Highway Traffic Safety Administration indicated.

“It’s vital for motorists and motorcyclists to share the road,” said Jennifer Goodrich, WYDOT Motorcycle Safety Program coordinator. “Now that the warmer weather is here, motorists will start seeing more motorcyclists on the road. Because of their small profile they may be hard to see because they could be easily hidden in a vehicle’s blind spot or by other objects.”

Motorists should take an extra moment to look for motorcycles whenever they are turning onto a road or when they’re changing lanes.

“Because motorcycles are small, they may look farther away than they are,” Goodrich said. “You also may have a difficult time judging their speed. When turning at an intersection, motorists should assume motorcyclists are closer than they look and use extra caution.”

Motorists also should give motorcyclists more following distance. Motorcyclists may slow down by downshifting or rolling off the throttle, which means their brake lights aren’t activated. Also, wet roads can create slippery conditions, which means vehicles may not be able to stop quickly.

“A motorcyclist can adjust position in a lane so a motorist can see them better,” Goodrich said. “They may also do that to minimize the effects of road debris and other factors like wind. A motorcyclist is adjusting their lane position for a purpose and not to be reckless or show off.”

Motorcyclists can also follow several safety tips. They include:

Wearing high-visibility clothing, a helmet and other safety protection when driving.
Checking their motorcycles to ensure they are safe for the road.
Knowing local traffic laws.
Obeying traffic lights, speeds and signs.
Committing to riding alcohol and drug free.