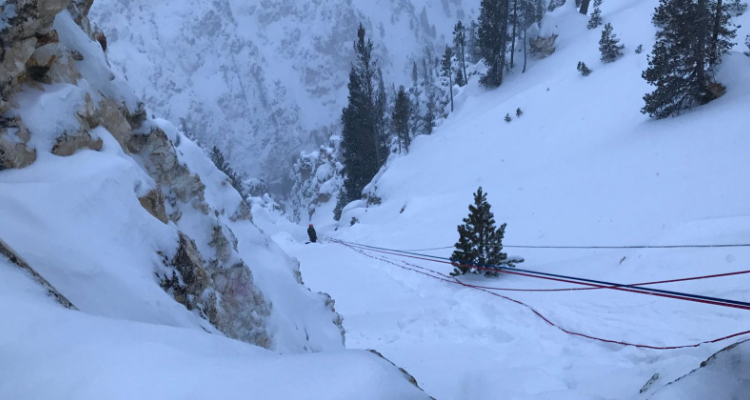 YELLOWSTONE NAT’L PARK (AP)   –   Yellowstone National Park officials say a 55-year-old Indiana man had to be rescued after he rappelled into the Grand Canyon of the Yellowstone River and then could not climb back up.

A park ranger tells the Billings Gazette that the man, Dave Christensen, was uninjured in the Jan. 6 incident.

He was cited for disorderly conduct and for going off-trail in a closed area.

Officials say Christensen dropped his backpack and left his 360-foot rope to retrieve it in the canyon, which reaches depths of 1,200 feet in places. Officials say he could not climb back up again and the rescue took four hours.