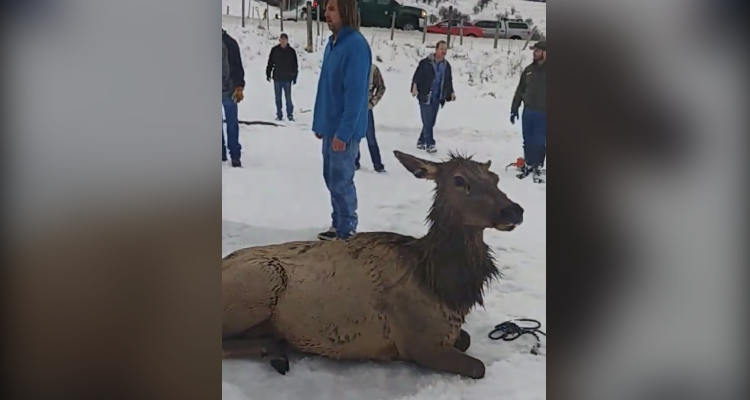 Alpine, WY.  –   On December 29th, a group of more than 20 people stopped to help rescue around a dozen elk that had fell through the ice on the Palisades Reservoir, which lies on Wyoming’s western border with Idaho.

The rescuers included people who were passing by on the nearby roadway, employees of the Wyoming Game and Fish Department, members of the Lincoln County Sheriff’s Office and others. Together the rescuers used chainsaws and other tools to attempt to cut through the ice, that was nearly 2 feet thick in some locations, so they could better reach the elk, or make them a path to shore.

They then lassoed some of the elk and teamed up to help them out of the water. In all, the group saved about a dozen elk during the near 45 minute ordeal.

Dusty Jones, one of the first people to come upon the animals, has shared the now viral-video of the rescue which can be seen on his facebook page HERE.