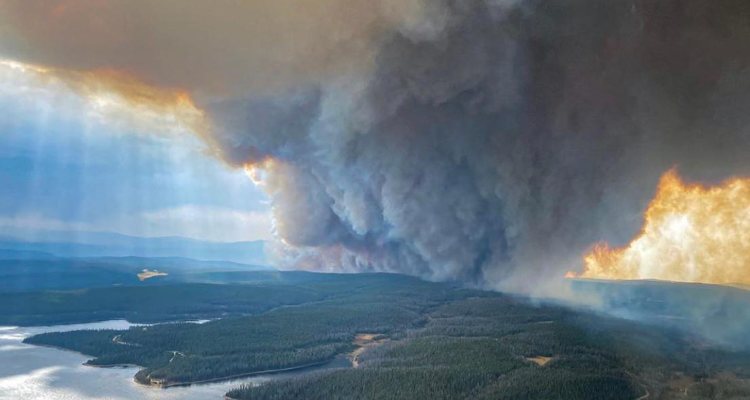 CHEYENNE, WYO. (AP) — The Mullen Fire burning in the Medicine Bow National Forest, southwest of Centennial, Wyoming has ballooned to over 77,900 acres over the weekend. The fire spread rapidly into extremely rugged terrain, with dense vegetation and beetle-killed deadfall.

On Saturday, firefighters held the fire outside the community of Rambler and kept the fire from advancing further toward Rob Roy Reservoir. On the southwest flank, fire extended a short distance over the North Platte River. On the northeast, fire crossed the Fox Creek road and moved into the Squirrel Burn area, prompting another Forest closure.

The lower portion of the fire continued pushing beyond Lake Owen to Fox Creek Road. The leading edge slowed as it entered a previously burned area, then crossed WY 230 in a position to threaten Woods Landing and Jelm.

FEMA authorized the use of federal funds to help with firefighting costs on Sunday. At the time of the request, the Mullen Fire was threatening approximately 300 homes and evacuations were affecting approximately 180+ people. The fire was also threatening infrastructure, utilities, and a watershed.

The blaze was first reported in the Savage Run Wilderness on Thursday, September 22nd and spread eastward into the North Platte Wilderness and other parts of the forest.

The fire is still estimated at 2 percent containment as of September 28th.