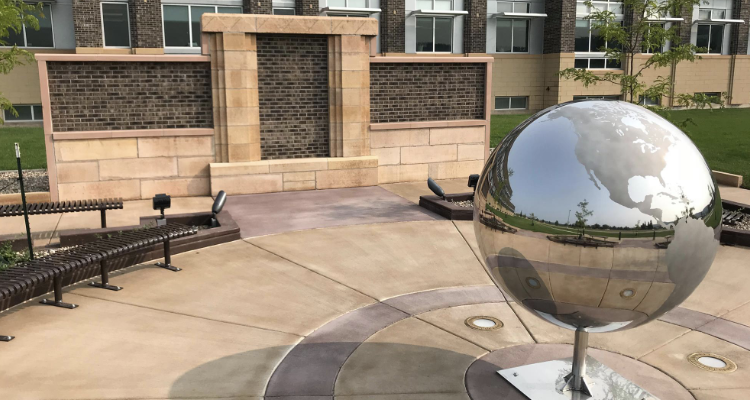 The new memorial plaza at Camp Rapid will honor 171 South Dakota National Guard members who died in wars or conflicts since the organization’s formation in 1862. The memorial includes a metallic globe, stone wall and metal plaques, which will be unveiled, with the names of all known Soldiers who lost their lives during the Spanish-American War/Philippine Insurrection, World War I, World War II, Operation Iraqi Freedom and Operation Enduring Freedom.

The dedication ceremony will take place Saturday, Sept. 8, at 2 p.m. at Joint Force Headquarters on Camp Rapid in Rapid City.

The public is invited to attend the ceremony. Members of the public can access Camp Rapid through the northwest gate located at 2823 West Main Street and should arrive by 1:30 p.m. to allow for traffic flow and parking.