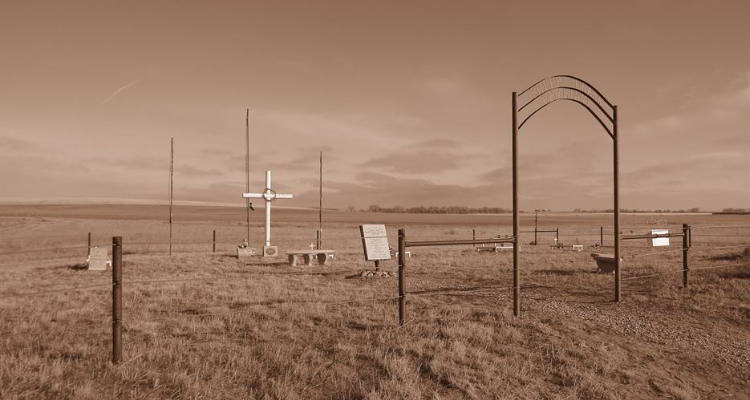 WHEATLAND – A new historical marker has been erected at the Dwyer Junction Rest Area on I-25 near Wheatland, to commemorate a group of African American homesteaders who established a “colony” at Empire in Goshen County.

In 1908 Charles and Rosetta Speese founded the African American homesteader community of Empire when they moved to Goshen County’s Sheep Creek Valley, near the Nebraska border. Under the Enlarged Homestead Act, they claimed 320 acres of public land.

Other African American families soon joined the Speeses and by 1911 the overall population reached as many as 60. By 1929, 10 Black homesteaders had received patents for 2,741 acres and many had purchased additional land.

Rev. Russel Taylor homesteaded in Empire with his wife Henrietta and their children in 1911. Russel Taylor quickly became Empire’s most distinguished citizen. He established and led the Empire school, obtained a post office for the community, and served as pastor for Grace Presbyterian Church.

Empire residents were victims of several racially-charged local disputes, including the murder of Russel’s brother, Baseman Taylor, while in the custody of the county sheriff. Their community broke into factions, and their farms produced meager crops in the dry, unforgiving climate. By 1920 Empire had largely emptied.

Empire remains a powerful reminder of the struggles and achievements of African Americans who migrated to the plains seeking land, education, and civil rights.

Wyoming State Parks, Historic Sites, and Trails collaborated with the Center for Great Plains Studies at the University of Nebraska to research, design, and erect the marker. Funding for the marker came from the African American Cultural Heritage Action Fund of the National Trust for Historic Preservation.

More on the homestead community of Empire can be found at the Alliance for Historic Wyoming website.
_____