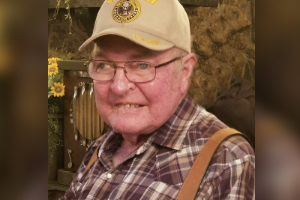 Allen was born July 2, 1941 in Alva, Wyoming to Jay Smith Mahoney and Alta Lorene Mahoney. He attended schools in Alva, Sundance, and Newcastle; graduating from Newcastle High School in 1959. He joined the United States Army in November of 1959 where he served honorably both as active duty and in reserve. He was discharged in 1965.

Allen spent the early 1960’s working on a ranch in Nisland, SD and for the Army Reserve in Sheridan, WY and Fort Collins, CO. He worked on the Christensen Ranch from the mid-60’s through 1976. After leaving the ranch, he was employed by Jacobs Ranch Coal Mine where he worked through 1992. In 1993, he went to work for Fisher Sand and Gravel where he remained until his retirement in October of 2017.

He married Ann Snow on July 1, 1961. They were later divorced. Three children were born to this union.

He married Janice Mahoney on November 25, 1995. They had many happy years together creating a home complete with his ideal shop and garden area.

Allen was a member of the Masonic Lodge #13 in Newcastle, WY. Earlier days found him active in the Weston County Stock Growers Association and as a 4-H leader.

Services will be held on Monday, April 9, 2018 at 9:00 a.m. at Weston County Senior Services Center. Burial will follow at the Black Hills National Cemetery in Sturgis, SD.

Donations may be made in Allen’s memory to the Weston County Health Services Foundation.