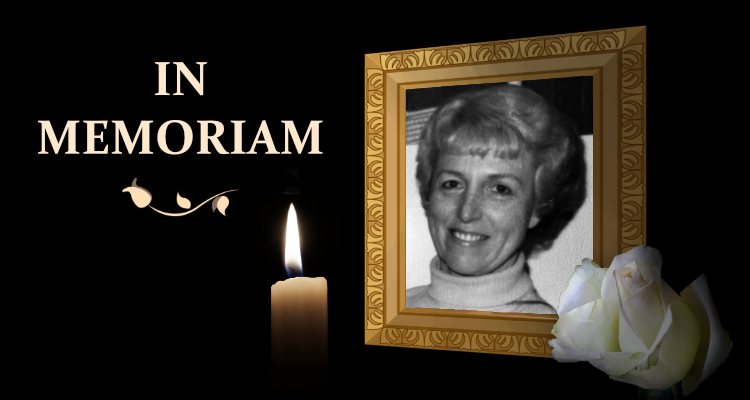 Her reputation as an excellent hostess has no doubt reached heaven, where she is already entertaining and socializing with the family and friends who preceded her.

Born May 16, 1928, on the family ranch near the Wyoming-South Dakota line, she was the eldest of four children of James W. Soper and Bertha L. Koopman.

Preceding in death were her parents; a son, Timothy Michael Fitzpatrick; and her sister, Audrey Moore. Bette is survived by her daughter, Cindy Sherrill, son-in-law Bob, grandson Tad and his wife Kanako, and sister Marilu Anderson of Montrose, Colo.; and her brother Walt and his wife Katy of Newcastle, Wyo.; and more nieces and nephews than she even knew about.

She was a strong independent woman. After graduation from Custer High School, she attended beauty school. During the oil boom of the late 1940s she owned and operated the Ritz Beauty Salon in Newcastle, until 1965, when she married Charles Nystrom and moved to Arvada, Colo. She enjoyed city life, took advantage of the culture and arts, and became a realtor to help Chuck with his expanding business. Bette volunteered at King Of Glory Lutheran Church, was a regular blood donor, took classes at Colorado University, and played many hands of bridge.

Bette first moved to Grand Junction, Colo., from Golden, Colo., in 1976. While they enjoyed many traveling adventures, they gained local attention when they constructed a home near Loma in the side of a cliff. With her artistic flair, Bette did all of the interior decorating. The home was featured in a book, featured in newspapers, Mother Earth News and even the National Enquirer. She called it “the Rock House.” As a fundraiser for the Boy Scouts they opened the house for tours one weekend. Nearly 2,000 people attended.

The country life was not for her. Bette missed her network of friends in Denver and decided to move back to the Front Range.

Her adventurous spirit lured her to take a job as a travel agent, and for 20 years filled many a passport while she traveled the world. She returned to Grand Junction in 1999 to be closer to her daughter, Cindy, son-in-law, Bob Sherrill, grandson, Tad, and his wife, Kanako Miki.

It didn’t take Bette long to become an active member of the Newcomer’s Club, and to find other groups to play bridge or just socialize. Once again she opened her home as a fundraiser for the Grand Junction Symphony in their Cup of Cheer.

Bette was a very kind and generous woman with a quick wit and infectious laugh that brought both admiration and joy to anyone in her presence. Despite her failing eyesight and hearing loss, she never turned down an invitation to be with friends or family or to open her home for any social event.

We wish to thank Dr. Sturges for his compassion, her friend of 71 years, Joyce Williams, and Paula Anderson for her loving heart and the many others who came to Bette’s aid.

A celebration of life will be at a later date.