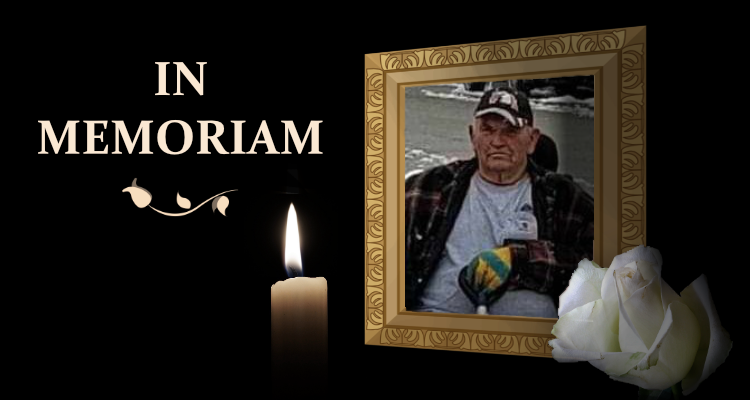 NEWCASTLE – Bruce C. Grummons was born March 13, 1939 to Vivian Leona Nicolls and George Russell Morgan on the Nicolls family ranch 7 miles west of Pringle, SD.  Bruce was later adopted by his stepfather, George Lewis “Judd” Grummons in 1944.  Judd and Vivian purchased a parcel of land 18 miles west of Pringle in Custer County, where Bruce spent the majority of his growing up years. Bruce attended school at the McClellan Country School west of the ranch, then later attended high school in Custer, graduating in the class of 1957.

Bruce worked as a ranch-hand on the Childer’s ranch near Edgemont, then went to work for Bosselman Construction Company, building the bridge that crossed the Missouri River at Mobridge, SD.  In 1964, Bruce and his family moved to Newcastle, WY, where he resided until his death.  Bruce worked at the Wyoming Refinery for 30 years as maintenance superintendent, retiring in 1995.

Bruce married the love his life, Gloria Jean Lachelt, on June 2, 1962, in Igloo, SD.  To this union was born three boys; Kelly, Paul and George.  They raised their boys to be hard workers and were proud of all their achievements.

After retirement from the refinery, Bruce spent much of his time at the ranch, helping with the ranch work and working in his sister and brother-in-law’s sawmill.  He loved the aspect of being able to help where he could.  He had a great mechanical mind, and even after he was unable to fix things himself, he was so much help to others by just gently telling them what needed to be done, even if he wasn’t where he could see what was being done. He had a great outlook on life and never gave up.  After his legs gave completely out and he was refined to his electric wheelchair, he could be seen about town, stopping to visit with everyone he met, stopping by the refinery to see what was new there, shopping from one end of town to the other, or just playing with his great granddaughter at the park, as she rode her bike and he followed in the wheelchair.

Bruce was an avid hunter from a very young age and for several years made a trip to the Tetons to hunt elk and moose, and went elk hunting with his sons this last fall and got a nice bull. Bruce also loved wood working and has made some very nice wood products and furniture. Bruce enjoyed fishing and Bruce and Gloria made many a fishing/camping trip to the Black Hills for a short getaway and enjoyment.

Bruce served the community on the Newcastle Volunteer Fire Department for many years, serving as secretary/treasurer and assistant chief for a few years.

Bruce was preceded in death by his parents, sister Diane Grummons, several aunts and uncles and two nephews.

Funeral services will be held Monday, February 22, 2021 at 10:00 a.m. at the Church on the Hill in Newcastle with Pastor Joe Birdsall presiding. Burial will be at the Pringle SD cemetery at 2:00 p.m.  Pallbearers will be Robert Miller, Lonnie Dickinson, Kevin Totten, Jeff Kline, Justin Boggs, and Jared Jarnagin.

A memorial has been established to the Newcastle Volunteer Fire Department.