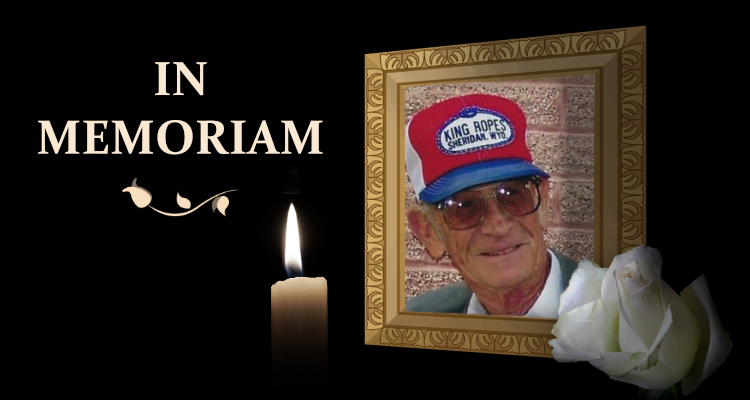 NEWCASTLE   –   Bruce R. Wilson passed away on April 5, 2020, at his home in Newcastle, Wyo. He was born on September 5, 1934, in Newcastle. He grew up on the Wilson Ranch at Limestone. He graduated from Newcastle High School. Soon after, he was drafted into the United States Army and was stationed at Fort Bragg in North Carolina. Bruce married Miss Shelby Benton and they settled in Newcastle. He worked for Farnsworth and Kaiser as a driller in the oil field for most of his life. A job he was very professional and skilled at. He was a great mechanic. He is survived by his wife of 63 years, Shelby Wilson; two daughters, Janice Heard (Joe) of Osage, Wyo., Danette Wilson-Ruff (Tom) of Rozet, Wyo.; two sons, Brad (Pat) Wilson and Steve (Nancy) Wilson, both of Newcastle; four grandsons, R.J. (Trish) Heard, Brad (Annelise) Heard, both of Casper, Wyo., Chad (Lacey Shardine) Wilson of Powell, Wyo., and Cleve (Kim) Wilson of Lovell, Wyo.; nine great-grandchildren, Colton (Jessy) Heard of Glenrock, Wyo., Jaylyn Heard of Glenrock, Wyo., Lilith and Lola Heard of Casper, Wyo., Kenley and Degan Wilson of Lovell, Wyo., Heston Shardine and Hazen Wilson of Powell, Wyo., and Laysha Thomas of Newcastle, Wyo.; one great-great-grandchild, Brynlee Heard of Glenrock, Wyo., and his brother, Charles Hayward of Florida. He was preceded in death by his father, Rodney C. Wilson; his mother, Alta May Hayward; three brothers, Ernest Barnes, Buddy Barnes, and Arthur Wilson; and his sister, Alta Merle Cunningham. Bruce enjoyed hunting deer and elk at Moskee. He liked to fish and camp at Cold Creek and picking berries and plums at Red Bird Canyon. He loved the western way of life. He was dedicated to his family and friends. A graveside service will be held at Greenwood Cemetery in Newcastle on April 18, 2020 at 1:00 p.m. His ashes will be laid to rest at Greenwood Cemetery and at his family homestead at Limestone. Memorials and condolences may be sent in care of Meridian Mortuary 111 S. Railroad Ave, Newcastle, WY 82701. Condolences may also be expressed at www.meridianmortuary.com