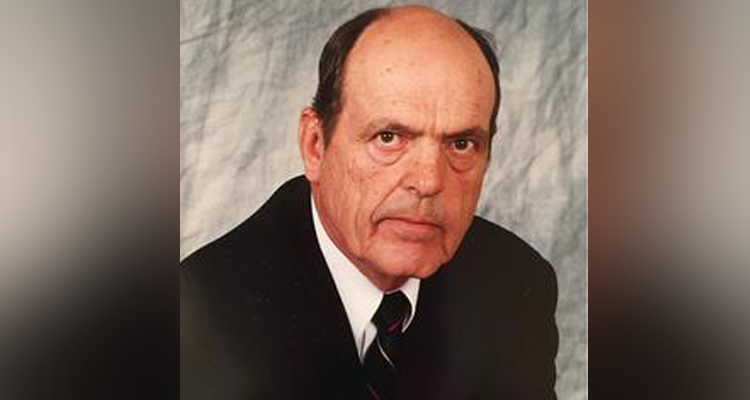 Clyde Alan Roberts, 82 of Sundance, Wyoming, passed away July 2, 2017 at home surrounded by his family. Alan was born September 13, 1934 in Sundance, Wyoming to C.D. “Scotchie” and Frances (Barr) Roberts. Alan attended Sundance Grade School through the sixth grade going on to Mexico Missouri Military Academy graduating in 1951. He finished Mortuary School in St. Louis, MO in 1953 and in 1955 graduated from the University of Wyoming. It was at the University of Wyoming where he met Cleo Maye Fuller. They were married on September 4, 1955. They made their home in Sundance. Roberts Construction, Hardware and Mortuary Service were a great source of pride. Alan served as County Coroner, County Commissioner, Sundance City Councilman, and was a member of the Masonic Lodge and Shriners. He was a member of the Wyoming General Contractors Association and served on the board of directors for the First State Bank of Newcastle. Alan was an astute mathematician and successful trader in the stock markets. He loved playing golf. Alan is survived by his wife, Cleo; Children, Gay (John) Arnold of Gillette, Wyoming, and Brian Roberts, Upton, Wyoming; Grandchildren, Abigayl Arnold, Tyler, Jessica and Brandon Roberts; and his sister, Janice Schelldorf; along with nieces and nephews. He is preceded in death by his parents and dear friend, Ike Dudrey. Memorial’s in Alan’s name can be given to the Crook County Food Pantry or Blessing in a Back Pack. A Memorial Service will be held at Sundance United Methodist Church at 10:00 AM on Friday, July 7, 2017. Burial will follow at Mt. Moriah Cemetery in Sundance. Arrangements are under the care of Fidler-Roberts & Isburg Funeral Chapel of Sundance. Online condolences may be written at www.fidler-isburgfuneralchapels.com.