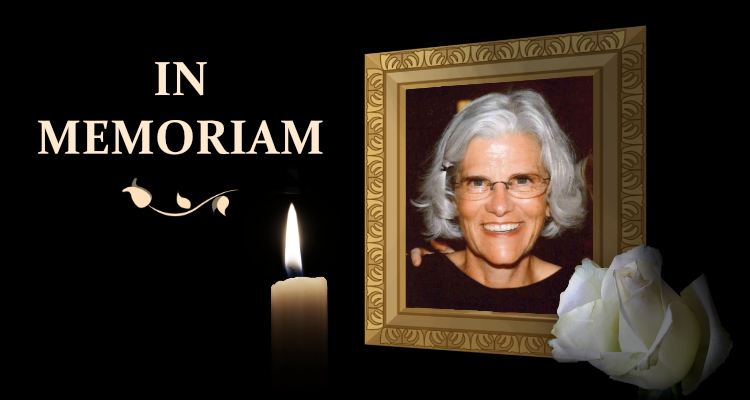 Molly Giese McGinty, a loving wife and mother, devoted friend, inspiring teacher, and committed explorer of this world, died Feb. 23, 2019, in Rapid City. She was 70.

Born and raised in Mitchell, Molly’s passion for travel was sparked while working as a teenager at the public library. In a book she saw giraffes running across the plains in Africa and knew she had to see them one day.
Molly graduated from Mitchell High School in 1966 and pursued Spanish and English degrees at Dakota Wesleyan University. At 19, she saved enough money working at a grocery store to spend the summer studying in Guadalajara, Mexico.

The next summer she took classes in Majorca, Spain. The following one she went to Madrid.
Her parents would never let her wander with a backpack and no purpose, she joked, so she went to school.

The years that followed included work at a stationery store on Isle Royale in Michigan, a teaching job in Custer, SD, a year studying French in Nebraska and part of a summer housesitting for a cousin in London.

In between, she always came back to the Black Hills. It was there, on a blind date, that she met the love of her life and future husband, Frank McGinty. He was a 6-foot, 2-inch wrangler and farrier with dark hair and dark eyes. She had dark hair and hazel eyes with a strong, petite frame and a passport filled with stamps from exotic places.

Their years-long courtship resulted in marriage in the summer of 1981. Two daughters soon followed, and her years of travel faded into years of raising children and teaching Spanish in Newcastle, WY.

They bought land in the hills with a view of the plains, and Molly filled her daughters’ imaginations with stories of museums, art and interesting characters.

There they hunted and hiked, camped and biked.

She cared for Frank through months of illness before he died in 1998.

When her daughters left for college, Molly began to travel again. First to England, Wales and Scotland, then to Mexico and the Caribbean. Her passports once again told the story of her life.

She was consummately polite with a mischievous sense of humor. She insisted she wasn’t to be taken seriously but could float back and forth between Spanish and English and was well-versed in artists and authors, both historic and contemporary.

At 64, the summer before she retired from teaching, Molly left to walk nearly 500 miles of the Camino de Santiago, an ancient pilgrimage through northern Spain. It was a journey she had been dreaming of for decades that united history, spirituality, and perseverance.

“You walk across so many places that were Roman roads, little spots with stones set just so. The Romans built those,” she would say. “It’s amazing.”

In between trips abroad, she hiked trails with friends through the Black Hills. A photo of her grinning from under a hard hat documents her days spent on crews helping smooth and repair the Continental Divide Trail near Rawlins, WY, and Lima, MT.

In 2015, when she was 67, Molly and a longtime friend traveled to Africa to sleep in tents and explore the Serengeti. There she floated in a hot air balloon above lions and zebras, wildebeests and flamingos. Most importantly, she finally saw giraffes running in the wild.

Molly was preceded in death by her husband, Frank McGinty, and parents, Roy and Donna Giese. She is survived by her daughters, Tess and Mary McGinty; brother, Michael (Ann) Giese; and many brothers- and sisters-in-law and nieces and nephews scattered across the country with whom she loved visiting.

Mass of Christian Burial will be celebrated at 10 a.m. on Saturday, March 2, at Corpus Christi Catholic Church in Newcastle, with the Rev. Adam Hofer as celebrant. Visitation will be one hour prior to Mass. Interment will follow at Greenwood Cemetery.

A memorial is established to strengthen Wyoming public libraries. In lieu of flowers, please direct donations to Molly Giese McGinty Memorial, Pinnacle Bank, PO Box 460, Newcastle, WY 82701. Behrens-Wilson Funeral Home is in care of the arrangements and condolences may be conveyed to the family through the funeral home website.