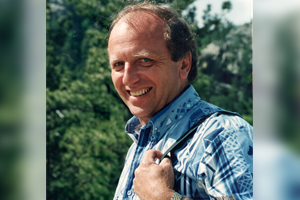 Keith T. Van Buren, 72 of Newcastle, Wyoming died unexpectedly Monday, July 31st at his home in Newcastle, Wyoming. He was born January 4, 1945 the son of Gillette and Elsie (Westman) Van Buren at Sheridan, Wyoming. Keith started school at the Beaver Creek School and graduated from Newcastle High School. Keith obtained his Master Electrician’s license and was also a licensed pilot. When living in Spearfish, SD he did take some courses at Black Hills State University. Keith also served in the National Guard for a couple of years.
Keith’s first job in high school was working at the local furniture store. Over the years he worked at Jewel Cave, and one of the Gold Mines at Lead, South Dakota. He also owned and operated his own businesses, Dome Communications and Van Buren Electric as well as working in Antarctica and Russia.
After leaving Sheridan, Keith continued to be a member of the Sheridan Elks, and was also a member of the National Rifle Association.
Keith was a fisherman, hunter and woodworking craftsman. The love of woodworking lead him to build his own casket out of bogwood from trees harvested in the Black Hills. The casket liner was created and sewn by his very special friend, Sharon. Keith also grew a very large garden and enjoyed canning everything from that garden. He was a very good cook as well.
Memorial contributions will be accepted by the family to augment scholarships established for students of Weston County School District #1.
He is preceded in death by his grandparents, his parents, three brothers and one nephew. Survivors are his extended family and many special friends.
Funeral services will be held 2:00 PM Monday, August 7th at Worden Funeral Chapel in Newcastle with Deacon Ken Pitlick officiating. Burial will follow at Greenwood Cemetery in Newcastle.