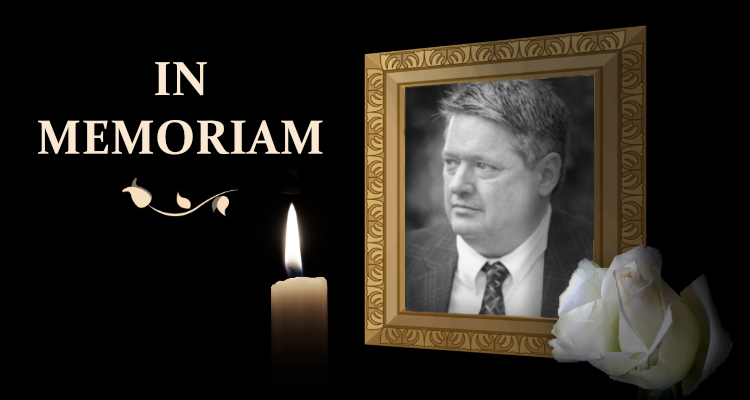 NEWCASTLE – Richard Clark Parrish passed away October 27, 2021.  Rick was born November 30, 1960 in Newcastle, Wyoming to James R. and Ardys Winans Parrish.  He was the middle child of five with two brothers, Scott and David, and two sisters, Tierny and Karen.  Growing up, Rick and his siblings helped at the News Letter Journal. Rick helped fold and assemble newspapers, worked in the darkroom, and ran errands. Rick was Valedictorian of Newcastle High School class of 1979.  He was a National Merit Finalist and won medals at scholastic competitions, especially in math.  He attended college at the University of Wyoming with his high school friends and graduated with a degree in accounting. This would become his life’s work.  Max Decker invited Rick to be Decker’s office manager. Rick very much enjoyed working for Max. Rick then worked for Updike Brothers for several years and when it was sold to Key Energy, Rick continued working for Key. In 1996, Rick became the father of twin girls, Bailey and McKinzie. Later, Rick adopted two sons, Dain and Dailynn.  The family moved to Casper, Wyoming and Rick continued to work for Key.  They then moved to Midland, Texas where he had great fun with his Indian Princess daughters (a camping group). In 2010, Rick moved to Houston, Texas. Rick worked for Patterson UTI Drilling Company LLC (oil drilling).  He was well-loved and respected by his coworkers (at all of his jobs). Rick’s maternal grandparents were former South Dakota Supreme Court Judge Fred Winans and wife Marian.  His paternal grandparents were Maurine Swanson Parrish Strom (Tore) and John Ray Parrish (Dora).  J.R. was the owner and publisher of the News Letter Journal.  Rick’s father Jim was also the former owner and editor of the News Letter Journal. Rick is survived and missed by his children: Bailey, McKinzie, Dain, and Dailynn, grandchildren Cody and Oaklee; siblings and their spouses: Scott (Amy), David (Kim), Tierny, Karen (Fred) Winter; mother Ardys; uncles, cousins, nieces and nephews.  He was preceded in death by his father Jim, aunts Jeannine and Ann, and cousin Randy. Private family services will be held. In lieu of flowers, donations may be made to the Shriners Travel Fund.  Memorials and condolences may be sent in care of Meridian Mortuary 111 South Railroad Ave, Newcastle, WY 82701. Condolences may also be expressed at www.meridianmortuary.com.