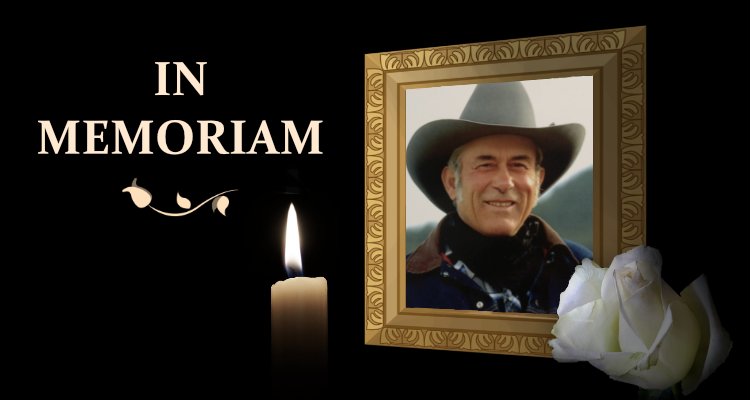 EDGEMONT, SD. – A much-loved Sandhills cowboy, Richard Leland Francis, passed away on February 19, 2019 at Weston County Health Services, after a lengthy illness. Born in 1935 in south/central Nebraska. Richard grew up, attended school, and cowboy-ed near Broken Bow. His belt buckle reads “In Cattle for Keeps” — and he was! He ranched in the panhandle of Nebraska near Hay Springs until he moved to his “dream ranch” on Dewey Road in rural Custer County, South Dakota. He is known to have had a particular fondness for Hereford cattle, Arabian horses, Quarter Horses, and draft horses. A strong belief in and love for his Lord and Savior, Jesus Christ, has guided his actions, spirit, and heart for many years.

Family life was his most fervent love. He was preceded in death by his sister, Ardythe Gabler of Maryland.

A memorial service will be planned for late Spring in Newcastle. In lieu of flowers, the family would much appreciate contributions in his memory to the Elk Mountain School or the Highlands Volunteer Fire Department. These can be sent to Patricia Cole at 119 West Main, Newcastle WY 82701.

Friends and family may sign his online guestbook and leave written condolences for the family at blackhillsfuneralhome.com.