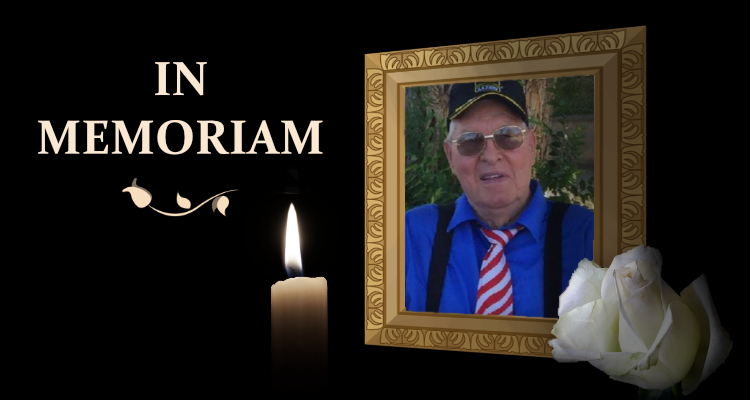 Robert J. Smoot went to be with his Lord and Savior, Tuesday, January 12, 2021 at Weston County Manor, with his family at his side.

There is a poem by Linda Ellis entitled, “The Dash.” The poem speaks to how date of birth is listed first when an individual passes, then a dash before listing date of death. The poem shares how what matters most of all is the dash between those years. It is with a mixture of joy, pride and grief our family created this obituary story to share how our father lived his life in the “dash”.

Robert Smoot (known by many as Bob, Bobby Joe, Pastor Bob, Brother Bob), was born on a cool rainy June on a small farm near Monroe City, Missouri. Bob came into this world on June 8, 1927 in the midst of a strong wind and rain storm delaying the doctor’s travels getting to the home. Bob was delivered by his grandmother before the doctor could arrive. He grew up with his family in various parts of northeastern Missouri. Bob became the “man” of the house when his father passed away suddenly, leaving him as the oldest of 6 children ranging in ages 1 ½ to Bob at age 13. Bob’s mother was also pregnant at the time with her 7th child.

At 18 years of age, Bob was drafted into World War II. The war ended and he was sent to Enchon, Korea as part of the 7th Division under the names of 74th Tank Battalion and the 59th Calvary. Bob was honorably discharged in 1947. He left for Wyoming in 1948 and happened to stay at the Wyoming Motel, in Moorcroft, Wyoming, owned by Stewart and Verna Ensign while he began working on an oil rig. Bob met Martha Ensign, their daughter, who would later become his wife. He enrolled at Bob Jones University in Greenville, South Carolina, graduating with a BA Degree in Christian Education in 1955. He was ordained at Newcastle, Wyoming in March of 1956. Bob and Martha were married June 10th, 1951 in Moorcroft, Wyoming. They began to spend weekends traveling to various locations, holding church services and starting churches. In addition, Bob was working for his father-in-law, Stewart Ensign, at the Texaco station in Moorcroft, Wyoming.

Bob was keenly aware of God calling him into pastoral ministry and serving others by spreading the gospel of Christ. Because of this calling, he and his young wife continued to follow God’s leading and moved their young family (3 daughters) to Omaha, Nebraska in 1961. Bob enrolled as a student at Omaha Baptist College to pursue his theological degree to become a pastor. Bob and Martha started the First Baptist Church of Moorcroft from a bible study in their home in 1963. Bob continued as pastor until “retiring” in 1993. Retiring is in quotes as those who knew and loved Bob, realize he NEVER retired from ministry. He continued to preach in various churches, taught Sunday school, vacation bible school, participated in and started prison ministries, started and guided others in Bible studies and prayer meetings during his “goldenyears of life.” Bob was then residing at Primrose Retirement Community in Gillette, Wyoming and spent his final years at Weston County Manor in Newcastle, Wyoming.

Bob was very active in his community of Moorcroft, Wyoming.  He served in various committees focused on town leadership, i.e. Economic Development, Moorcroft Beautification Committee, Cemetery Board, Moorcroft city council and volunteer fire department. Bob was also part of the Crook County Museum District Board of Trustees. He was a member of Moorcroft Lions Club, he was a Crook County School District bus driver for Moorcroft and managed the Texaco Station as well as supporting Martha in managing the Wyoming Motel and Wyoming RV Park in Moorcroft.

Our family finds it compelling how our father came into this world in a “storm” and left this world in another “storm” of a pandemic, civil and political unrest. Although he is no longer in our midst in physical form, we feel his presence and unwavering faith he imparted during his time on this earth. May all who read this story of dad’s life also feel his love, joy, sweetness and steady faith in God as you continue on with your own life journeys. May YOUR “dash” be used to bring love and hope to all you meet.

Bob’s desire to introduce youth to the gospel of Christ was very important to him. In lieu of flowers, his family prefers donations in memory of Bob Smoot be sent to Black Hills Baptist Camp Scholarship Fund. Donations may be given via their website: blackhillsbaptistcamp.com or checks sent to: Black Hills Baptist Camp, c/o Todd Bowers, PO Box 106, Tulare, SD 57476. Memorials and condolences may be sent in care of Gillette Memorial Chapel 210 West 5th Street, Gillette, WY 82716. Condolences may also be expressed at www.gillettememorialchapel.com