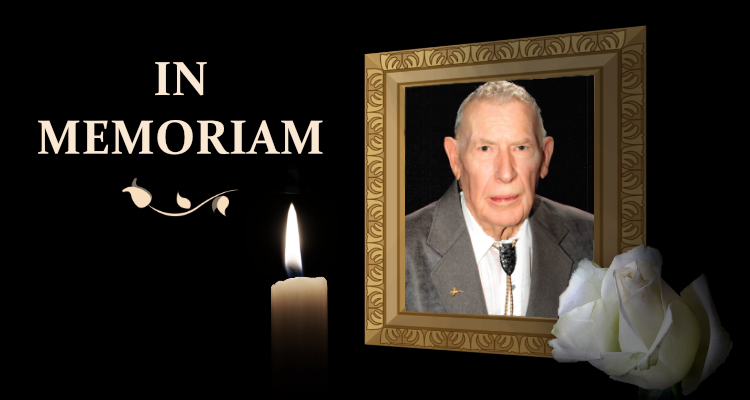 NEWCASTLE – Roy Andrew Borgialli passed away peacefully from complications from Parkinson’s disease on July 22, 2021, at the Weston County Manor in Newcastle, WY. A Memorial service will be held on Saturday, July 31, 2021 at 10:00 a.m, at the First United Methodist Church in Newcastle, WY, Pastor Ron Sample officiating. Roy was born August 6, 1934, to Lorena (Weaver) and Joe Borgialli as the fifth of seven children, in a rock house on the Borgialli ranch 18 miles southwest of Newcastle. He spent his early years on the ranch, where he attended the Borgialli Country School through 8th grade.  After that he was bussed to the Newcastle High School, where he graduated in 1953. He was an active member of both 4-H and FFA. On January 3, 1954, he married the love of his life Shirley Hansen. To this union was two sons, Ron in November 1954, and Dennis in October 1956. He made his life’s career in the oil field and worked for Newcastle Refinery, Osage Refinery, and Meridan Oil. He retired in 1996. As an active member in the Newcastle community, he helped to purchase the first TVs for the Newcastle Hospital as a member of the Odd Fellows, helped to organize the volunteer fire truck in his community, and was a longtime member of the Salt Creek Water District. Roy and Shirley were also members of the Tangle Foot Square Dance Club for over 25 years and traveled many places with the group. After retirement, he spent his time traveling and visiting family and friends. Roy loved the outdoors and enjoyed hunting and fishing. He loved his children, grandchildren and great grandchildren, attending many of their events.  He is preceded in death by his parents, Joe and Lorena, grandparents, Andrew and Nettie Weaver (Linn), Charlie and Rena Borgialli; brothers, Charles, George, Jim and Clarence and sister Joanne Day and daughter-in-law Luann Borgialli. He is survived by his wife of 67 years, Shirley, sister Minnie (Bobby) Quick, Newcastle, WY; sons, Ron (Sheryl), Laramie, WY and Dennis, Wright, WY; grandchildren, Deena (Alex) Wolf, Casper, WY and Jodene (Christopher) Foy, Severance, CO; great-grandchildren Lorelai and Piper Wolf and Ella and Paxton Foy, step-grandchildren, Shelley Straley, Shaun Sirrs, and Shari Senser.