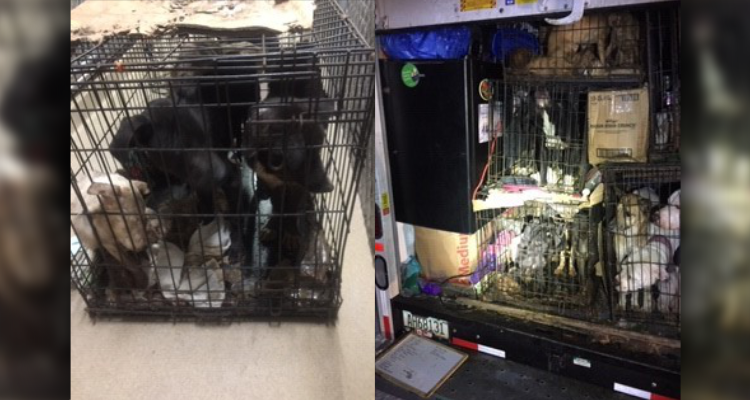 RAWLINS, Wyo. – At around 9:11 p.m., on February 15th, 2020, officers with the Rawlins Police Department responded to a call of a U-Haul parked full of dogs. The U-Haul had reportedly been parked at the motel for 2 days. Officers found dozens of animal in extremely unsanitary conditions with obvious signs of neglect along with several deceased dogs inside the U-Haul. The owners of the animals were traveling through Rawlins.

In total, 28 dogs and puppies and 3 cats were rescued from the U-Haul and motel room. All animals were transported to the Rochelle Animal Shelter to be evaluated by a veterinarian and rehabilitate while the investigation continues. The rescue was in collaborative efforts between Rawlins Police Officers and Rawlins Animal Control Officers.

Taking on an additional 31 abused and neglected animals is a large undertaking the small rural, Rawlins Rochelle Animal Shelter, which is operated by the department’s two Rawlins Animal Control officers.

While the case is under investigation, the involved animals are not available for adoption. If the possibility for adoption arises more information will be released.