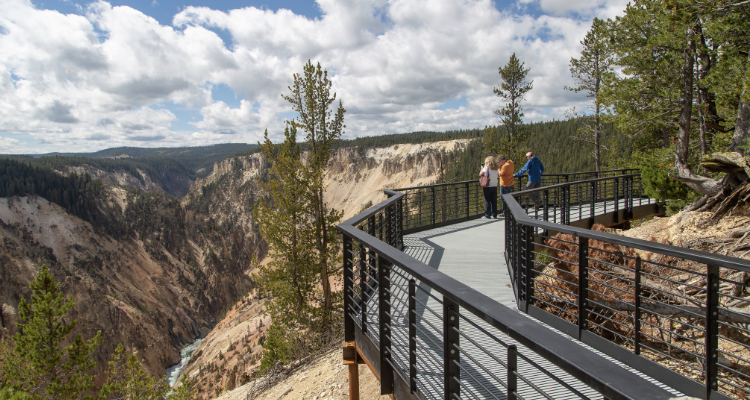 Chris Brown, executive director of the Wyoming Lodging and Restaurant Association, said repairs are especially important for Wyoming, where tourism and hospitality is the second-largest industry. In 2018, visitors generated $195 million in local and state tax revenues.

“As Wyoming continues to grapple with our over-dependence on the energy industry and seeks to diversify our state’s revenues streams, tourism and hospitality plays a big role in that,” Brown said.

The poll was commissioned by The Pew Charitable Trusts.

Legislation that would invest up to $1.3 billion per year over five years for deferred maintenance has more than 300 co-sponsors in the U.S. House, but a full vote has not yet been scheduled. The money to fund the repairs would come from mineral royalties from public lands.

Brown said Yellowstone, the nation’s first national park, along with Grand Teton and Devil’s Tower National Monument, are the lifeblood of surrounding communities. He added the parks not only protect natural resources, but they also attract over 320 million annual visitors who generate economic activity topping $40 billion.

“While I certainly understand the desire for Congress to talk over a responsible budget, these parks are truly economic engines across the country,” he said. “I mean, they need and deserve our attention, and they need it now.”

Marcia Argust, project director for The Pew Charitable Trusts’ Restore America’s Parks campaign, noted the last time significant investments were made in national parks was over 50 years ago. She said more than two-thirds of U.S. House members and one-third of U.S. senators support legislation to fix parks.

“The tremendous support for legislative proposals in Congress right now, they show that it’s time for congressional leadership to take the next step,” Argust said. “And that next step is allowing a vote on this legislation.”