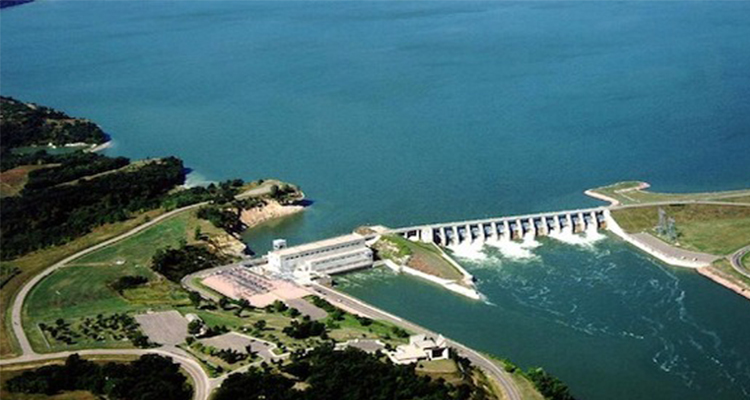 YANKTON, S.D. — Too much sediment has been a problem in South Dakota’s Lewis and Clark Lake for decades, and experts say a solution will be difficult and expensive – but it has to be found soon.

The Army Corps of Engineers and others are searching for a fix to reduce the 5 million tons of sediment that pour into the lake annually from the Missouri River, and even more so from the Niobrara, which runs through Nebraska’s Sandhills.

University of South Dakota Professor Mark Sweeney is a member of the Missouri River Institute. He said this has been a discussion topic for nearly 20 years, but finding a consistent sediment management plan for the lake is becoming more critical.

“All of the main-stem dams on the Missouri River do have this problem to a certain extent,” Sweeney said; “but Lewis and Clark Lake, it’s the worst.”

A delegation from the Yankton area met recently with federal officials in Washington to discuss potential solutions and funding possibilities. More than 1 million people visit the Lewis and Clark Lake area annually for camping, fishing and water recreation.

In 2011, the U.S. Army Corps of Engineers estimated sediment had caused Lewis and Clark to lose 27 percent of its water storage capacity. Sweeney said a delta created by the sediment is popular with recreationists on the Missouri-Niobrara River confluence, but will eventually come at the expense of boat enthusiasts.

“On one hand you could say well, we’ve increased the number of recreational opportunities because there’s actually a lot of really interesting canoeing and kayaking in the delta itself,” he said. “But if this problem continues to progress, the reservoir will fill up and you won’t be able to take a boat out on it.”

Sweeney said it’s estimated Lewis and Clark Lake could lose most of its capacity by the year 2050, while the delta will grow considerably in the next 100 years.

“If we do nothing then we’re going to have these impacts in the future, recreation for one,” he said. “We won’t be able to produce hydro-electric power out of the Gavins Point Damn for two. It could cause additional flooding hazards along some of the margins of the lake.”

Proposals for dealing with the sand and mud include lowering the lake level and flushing it father downstream, decreasing the amount of sediment entering the lake, and encouraging oil and gas industries to use it for fracking.