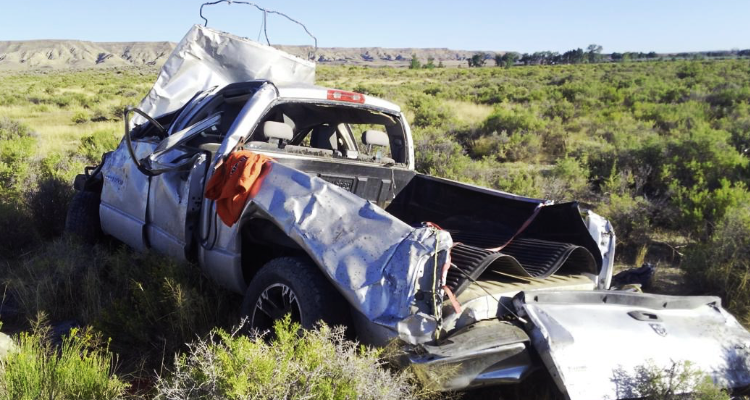 POWELL, WY. — A Powell High School senior involved in a rollover crash last week is in a medically induced coma because of injuries he received during the accident.

Doctors plan to keep him in the coma until the end of the week to allow the swelling on his brain to reduce.

Ethan Asher was driving to school on the morning of August 27 when his vehicle lost control and rolled, according to a Park County Sheriff’s Office.

Investigators say Asher veered onto the shoulder before over-correcting to his left, which caused the truck to slide sideways.

The truck hit a fence and rolled three times before stopping.

Asher was not wearing a seatbelt and was ejected from the vehicle.

He was taken to Powell Valley Healthcare, where he was stabilized before being transported to Billings Clinic in Billings, Montana, via life flight.