Preparing for the risk of Spring Flooding 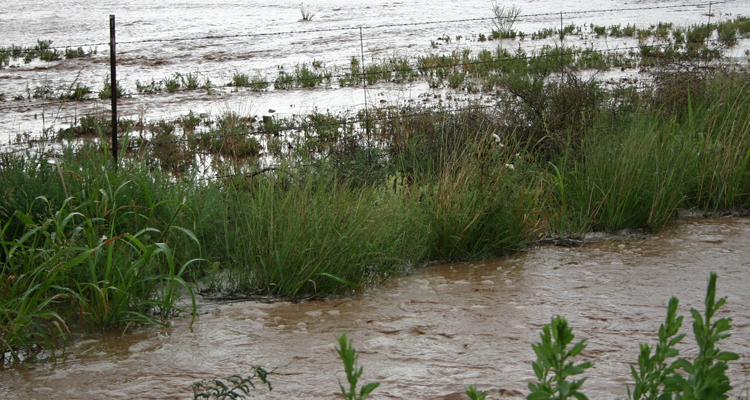 Preparing for the risk of Spring Flooding

Cheyenne, WY. – As snowpack begins to melt and rivers and streams begin to rise, it’s important to remember that flooding is not covered by homeowners insurance. Wyoming Insurance Commissioner Tom Glause encourages renters, homeowners, and business owners to better understand their flood risk and insurance coverage following the heavy winter snowfall in some portions of our state. Glause said, “Flooding of Wyoming rivers typically occurs in late spring or early summer as the mountain snowpack melts. Although parts of the state have had a relatively mild winter, some areas are expected to be heavily impacted by the spring run-off.”

Several weather factors including snowpack level, temperature, duration of warm temperatures, and additional precipitation can play a role in how the snowpack melts and filters to Wyoming streams, creeks, and rivers. “Take time to learn about how you can better protect yourselves and your property from the destruction brought on by a flood,” Glause said.

According to FEMA, floods are the nation’s most common and costly natural disaster and cause millions of dollars in damage every year. All 50 states have experienced floods or flash floods in the past five years, according to Floodsmart.gov. Commissioner Glause reiterated, “a number of Wyoming’s communities experience spring run-off and related flooding. As temperatures warm, melting mountain snowpack flows downhill and, unfortunately, into people’s basements and yards.”

Although flood damage is not traditionally covered under a standard homeowner’s insurance policy, flood insurance is available for renters, homeowners and businesses as a special policy that is federally backed by the National Flood Insurance Program. There is a 30-day waiting period before a flood insurance policy kicks in, so for those who are considering flood insurance, now is a critical time to talk an insurance agent about policy limits and additional coverage options.

Flood insurance can be a required condition of a home loan, if a home is in a high-risk flood area. But flood insurance isn’t normally required just because you own property. According to a 2016 consumer insurance survey by the Insurance Information Institute, 43% of homeowners incorrectly believe that damage from heavy rain flooding is covered under their standard insurance policy.

Lawmakers on Capitol Hill have been grappling with how to overhaul the federal National Flood Insurance Program, while a vocal faction is pushing to open up the market to private competition.
More choices could give homeowners cheaper options. In the meantime, Wyoming property owners should assess their flood risk and seek information about flood insurance to protect themselves before the springtime floods are upon us.