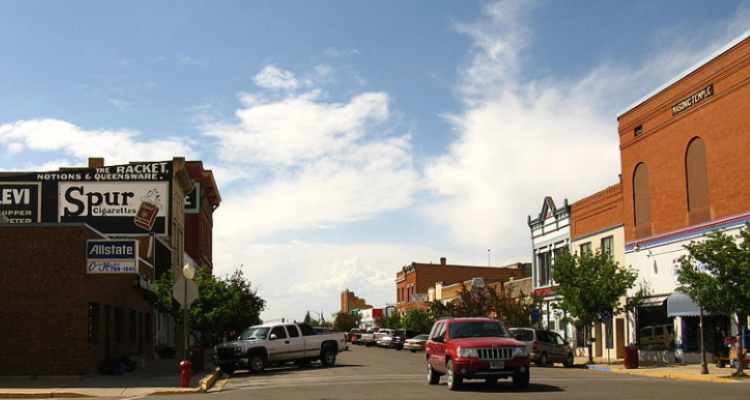 Lubia Olivas, who has lived in the area for more than 30 years, said racially charged comments are now made out in the open in a community that, until recently, was tight knit and supportive. Olivas observed that the great grandfathers and grandmothers of many of the people who now criticize immigrants for not having documentation arrived in the U.S. the same way – before strict policies to limit immigration were imposed in the mid-twentieth century.

Olivas moved to Evanston from Mexico with her U.S. citizen-father at the age of five, and went through the lengthy process to become a citizen. She said it’s virtually impossible to get legal status unless you have a spouse or parent who is a citizen – and even then, the process can take years.

Uinta County officials have said the detention center – operated by Management Training Corporation – would bring much-needed tax revenue and millions of dollars in construction work, and eventually would employ up to 200 people.

A report by the Casper Star-Tribune cited allegations of under-staffing, tainted food and sexual abuse of detainees at an MTC jail in Texas, and a failed inspection at the company’s New Mexico facility.

Olivas said she worries that future abuses could put Uinta County taxpayers on the hook for settlements. And, she said, she’s skeptical about the promise of new jobs.

“That way they don’t have to pay anything extra on training people, so they will bring in their own people from different places to cover those jobs,” Olivas said. “So how good is that going to be for our community if those jobs are already taken?”

In October of 2017, Immigration and Customs Enforcement put out a call for sites within 180 miles of four metropolitan areas, including Salt Lake City. If approved, the new jail could hold up to 600 detained immigrants.