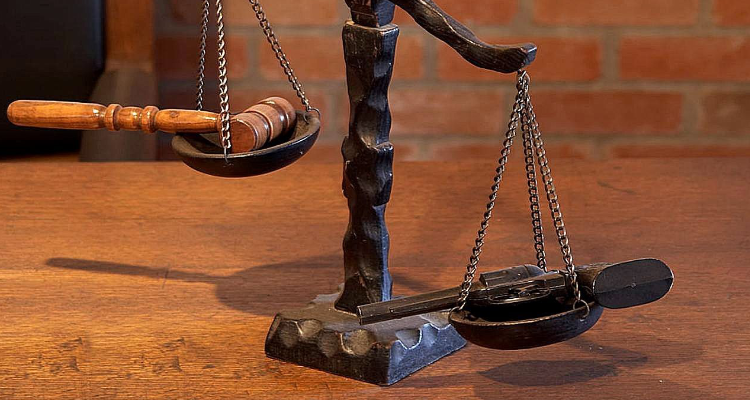 LARAMIE, WY. | By MEAD GRUVER, (AP) — Grand juries should be standard practice for determining guilt in officer-involved shootings in Wyoming, said a prosecutor who convened Wyoming’s first grand jury in years to examine whether a sheriff’s deputy was justified in the fatal shooting an unarmed, mentally ill man after a traffic stop.

Albany County Attorney Peggy Trent said at a news conference Monday she wrestled with how to determine whether sheriff’s Cpl. Derek Colling was guilty of a crime.

The 12-person grand jury, which met over three days in Laramie before deciding Thursday that Colling didn’t commit involuntary manslaughter, was Wyoming’s first since the 1980s and the first ever convened in the state to look into an officer-involved shooting, Trent said.

In accordance with law, the grand jury met in secret and its proceedings remain under seal, Trent said.

The grand jury’s determination was binding for prosecutors, Trent said. Under law, she said, she could not say how the grand jury voted in the case.

Colling shot and killed 39-year-old Robbie Ramirez, of Laramie, during a Nov. 4 traffic stop in Laramie. Patrol-car and body-camera video footage showed Ramirez drove off and Colling shot Ramirez after pursuing him to Ramirez’s apartment, though key moments were not recorded due to technical problems, according to Trent.

Ramirez suffered from a form of schizophrenia, according to relatives who say he distrusted police because past interactions with law enforcement led to his placement in mental-health institutions.

Ramirez’s mother, Debbie Hinkel, said after the news conference she was unsure if a grand jury was the right course but pointed out grand juries seldom indict law-enforcement officers.

“It’s just been really sad,” said County Commissioner Heber Richardson, who watched the news conference. “Robbie grew up in this community. I’m really good friends with his brother. I know his mother well. This is a small enough community that we all know each other, and it’s personal.”

Colling was involved in two deadly shootings that were deemed justified while a police officer in Las Vegas. The Las Vegas Metropolitan Police Department later fired Colling for beating a man who was videotaping police.

As is standard practice in officer-involved shootings in Wyoming, the state Division of Criminal Investigation investigated the shooting before handing its report over to Trent. Typically, as when an Albany County sheriff’s deputy shot a woman at a camping area last spring, a local prosecutor determines whether such shootings are justified.

Trent said she decided in November to convene the grand jury. The grand jury helped ensure accountability compared to other options, she said.