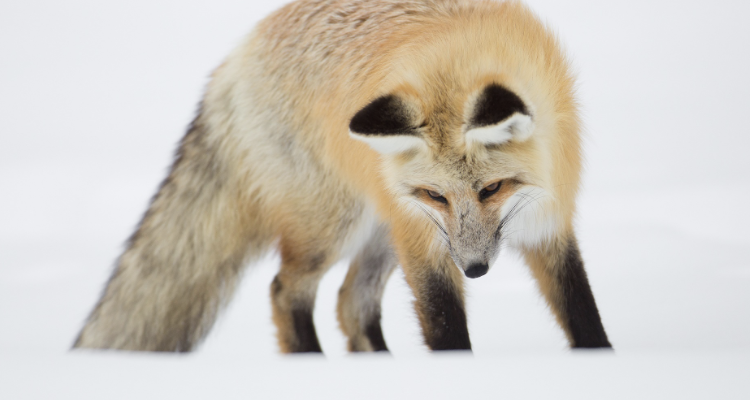 Grand Teton Nat’l Park  –  A red fox, which had received numerous food handouts from people in Grand Teton National Park, was put to death recently. The fox exhibited bold behavior by approaching people and vehicles in search of food, and was killed out of concern for human safety. Visitors are reminded that feeding park wildlife is illegal, and may ultimately lead to the death of an animal or injury to park visitors.

“Destruction of a wild animal is one of the most difficult actions we have to take as park stewards,” said Superintendent David Vela. “Hopefully this can serve as a cautionary reminder. I encourage everyone to help protect wildlife by securing food sources, including dog food and fish scraps, and by using the ‘Scare, don’t stare’ tactic to discourage approaching foxes.” Vela added that visitors can help hold each other accountable and should immediately report incidents of animals being fed to Teton Interagency Dispatch Center at 307.739.3301.

Evidence suggests there has been a marked increase in the population of red foxes in recent years. Accompanying the apparent population increase, biologists have documented increasing numbers of habituated and food-conditioned foxes. The small native animals have been observed begging for food in developed areas and harassing ice fisherman on Jackson Lake.

The rise in human-fox encounters spurred biologists to begin a red fox research project in the winter of 2016-2017. The goal of the study is to improve understanding of red fox ecology and to address management concerns related to human safety and wildlife health. To date, 13 foxes have been captured and tested for disease prevalence, genetic lineage, and use of natural and human foods. Some of these foxes have been fitted with radio collars to track movements and habitat use, locate dens, document reproductive success, and follow other trends.

One of these collared foxes, a two- or three-year-old male, was known to frequent the Jackson Lake Dam and Signal Mountain areas. Reports involving this individual over the last year include lingering around ice fisherman and receiving fish scraps as well as getting into dog food left unsecured by visitors in a campground. In recent weeks, park staff received numerous reports of the bold fox approaching visitors in the dam parking lot, and in at least one instance jumping up on a vehicle to beg for food.

On December 28, park biologists observed the fox for two hours as it continually walked in front of moving vehicles, approached vehicles and people, and loitered in the roadway. The biologists were also told the fox had been fed grapes by a visitor the previous day.

The fox was captured, immobilized, and transported to a location away from visitors to be dispatched. The fox was of a normal healthy weight, and samples were taken to determine its dietary composition. Relocation of the fox was considered, but ultimately dismissed, as relocated foxes typically continue to beg for human food in a new area, return to their original territory, or die due to starvation or competition with other territorial foxes.

The “Scare, don’t stare” tactic includes yelling, clapping, stomping, and avoiding eye contact in an effort to dissuade foxes from approaching humans. The tactic should only be employed after attempts to maintain a minimum viewing distance of 25 yards have failed. It should not be used with foxes that behave naturally.