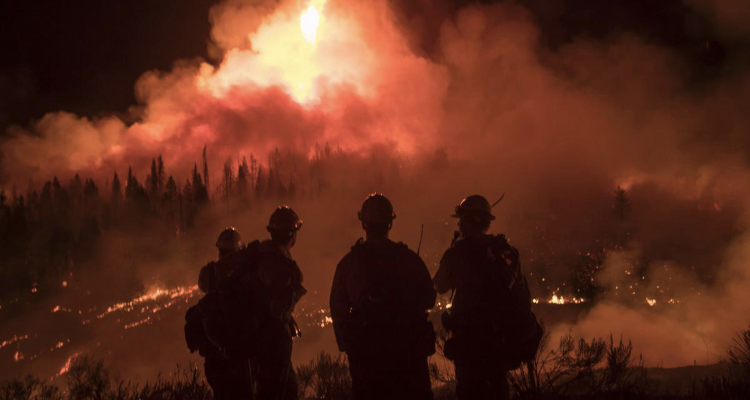 JACKSON, WY. (AP)      –     The Roosevelt Fire in Wyoming has destroyed at least 46 homes, and firefighters have closed a highway while they set their own fires to try to stop the main fire’s spread.

Some of the homes burned Sunday. But sheriff’s officials weren’t immediately able to get close to assess the damage in a subdivision of widely spaced mountain retreats.

As of Wednesday, authorities continued to assess damage in the Hoback Ranches development near Bondurant in western Wyoming. Over 300 people remained evacuated from the area.

Firefighters say they’re taking advantage of favorable conditions to conduct a back-burn near U.S. Highway 189/191. Authorities have closed the highway for the operation, which involves burning away brush to deprive the main fire of fuel.

At this time, the Roosevelt Fire is estimated at 51,864 acres, and is 36 percent contained.